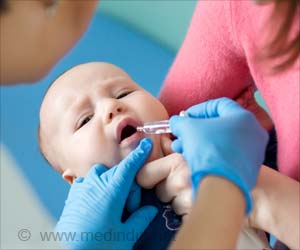 Yemen has launched a polio vaccination campaign for more than 4 million children in the north of the war-torn country.

The door-to-door immunization targets children under the age of five.

Advertisement
‘The three-day polio campaign launched in Yemen is supported by the World Health Organization, UNICEF and other international aid agencies. ’

In August this year, a polio outbreak was declared in Yemen after 15 cases of vaccine derived poliovirus type 1 (cVDPV1) were reported.


The cases were detected in different districts of Sa'ada Governorate, in the north-west of the country.

Children aged from eight months to 13 years are affected.
Advertisement
Yemen has been mired in civil war since late 2014 when the Iran-backed Houthi group seized control of several northern provinces and forced the internationally-recognized government of President Abd-Rabbu Mansour out of the capital Sanaa.

The conflict has brought the impoverished Arab country to the brink of famine and triggered repeated outbreaks of deadly epidemics such as cholera and polio.

The UN is trying to resume peace talks between the government and the Houthi rebels to end more than five years of civil war.

Quiz on Polio
Polio was one of the dreaded diseases that left its victims paralyzed and disabled for life. ......

Need For Uninterrupted Polio Vaccination During Pandemic: Experts
During COVID-19 pandemic, experts have underlined the need for continuing the polio immunization ......

Adult Immunization
Adult immunization is needed for adults whose mandatory childhood vaccines were either missed out or...