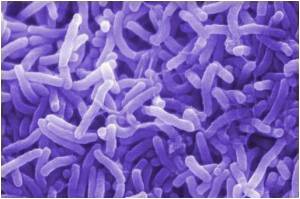 The most vulnerable victims of the nation's worst-ever natural disaster are six million children, who are suffering from Pakistan's devastating floods: lost, orphaned or stricken with diarrhoea.

At relief camps in government schools and colleges, and in tent villages on the edge of towns and by roadways, children are prostate from the heat, sick from dirty drinking water, or simply trying to find work.

"These are the most bitter days of my life," said Iltaz Begum, 15, suffering from diarrhoea and stretched out in a government tent on the muddy outskirts of the northwestern town of Nowshehra.


"The weather has made our lives miserable," she said. "I had to leave my blind mother behind and there's no one to look after her as my father died two years ago."

Greenhouse effect causes excessive heat to build up in the earth's atmosphere causing global warming and affects the environment and health.
Advertisement
The tent village has no electricity. The rains have gone, only to be replaced by heat and humidity. Flies buzz everywhere and the smell of faeces wafts through the camp.

Girls like Iltaz are just a drop in the ocean for the massive relief effort that the international community is trying to mobilise in one of the biggest ever UN aid operations.

UN Secretary General Ban Ki-moon, visiting Pakistan on Sunday, said millions had lost their livelihoods as he witnessed "heart-wrenching" scenes of destruction. Pakistan says 20 million people have been hit by the floods.

"Many have lost families and friends. Many more are afraid their children and loved ones will not survive in these conditions," said Ban.

"Currently we are in a life-saving phase," he told AFP. "We are distributing high-energy biscuits because malnutrition is a curse. It can lead to several other diseases.

"Children are always vulnerable. They cannot control their thirst, they will drink any type of water and may get watery diarrhoea, cholera, malaria and other diseases."

In addition, there are trauma and psychological problems facing children who have been orphaned or separated from their parents.

In the south, people fleeing flooded homes have headed towards tent camps near the city of Sukkur. Abdul Ghani, 14, arrived from the remote village of Karampur, the eldest of seven orphaned siblings.

"Both my parents died in the space of six months last year. Me and a younger brother of mine worked as labourers to support the family," said Ghani, wearing a worn grey shalwar khamis.

"Life was already so difficult, but now we're doomed.

"My four-year-old sister is hungry and ill but I have no idea what to do, where to go. No one is there to help us," he said.

"We're too young and no one takes our problems seriously. No one listens to us. I tried to explain our problems but they shrugged me away," he said.

In a relief camp at a Nowshehra technical college, children are crying, many walk naked without shoes, and a foul stench pervades the air due to people urinating and defecating next to the tents.

Doctors at the camp's field hospital say most of the children are suffering from gastroenteritis, skin diseases and dehydration caused by filth and infection resulting from the destruction of sewers in the floods.

Twenty-five year-old Bushra Humayun, a labourer's wife, said she had given birth to twins in the camp, adding to her six other children.

She recalled losing her house in the flood and wading up to her neck through water while pregnant to reach the camp, two miles (three kilometres) away.

"I'm not getting enough food to feed my two infants and they're getting weak as they remain underfed," Humayun told AFP, sweat dripping down her face.

Her 12-year-old son Haroon had stomach pain and mosquito bites all over his arms and face. Life in the camp is their only prospect for the foreseeable future.