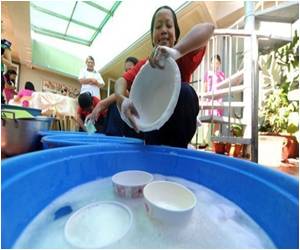 A new amendment to Brazil's constitution will now grant domestic workers, which are more than six million in number, the same rights as salaried workers.

The amendment states that domestic employees, which include personal drivers and home-health aides for the elderly, should work a maximum 44 hours a week, with bonuses for overtime and a special rate for night work.

The new rules affect some 6.5 million domestic workers, 6.1 million of whom were women, according to official statistics. Work agencies put the figure at 7.7 million.


Domestic labor is the third most numerous work category in the country.

Brazil, a nation where more than half the 194-million-strong population is of African descent, was the last country in the Americas to abolish slavery in 1888. Some say the reliance on domestic help stems directly from Brazil's slave history.
Advertisement
Until now domestic workers did not enjoy the same rights as other workers: although employers were legally bound to declare their employees so that they could enjoy health insurance and retirement benefits, two thirds of these workers were believed to be undeclared.

"It is not only an issue of equal rights but also one of social integration and a historic reparation for nearly eight million domestic workers in Brazil," said Creuza Oliveira, president of the National Federation of Domestic Workers.

The issue has been hotly debated in the media as it marks a "cultural change" which for many middle-class households may mean the end of domestic help.

"Domestic work in its current form in Brazil is virtually unique in the world and is a legacy of slavery," said Senator Lidice da Mata, a sponsor of the new constitutional amendment.

"I believe it will lead to a deep cultural and behavioral change in Brazilian households toward domestic employees," she added.

Many experts say that situation had already evolved over the past decade, as economic growth has pulled nearly 50 million people out of extreme poverty and have joined the ranks of the lower middle class.

This new economic reality gave domestic workers a new bargaining power and since 2003, their income have soared 53 percent above inflation, twice as much as the average for other workers.

Domestic Workers to be Covered in Health Insurance Scheme
Extension of the Rashtriya Swasthya Bima Yojana (RSBY) to all the registered domestic workers in ......