Dogs are Treated Just Like Kids by City Folks 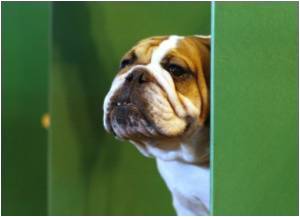 Deep attachment and love forms the basis of relationship among city folks with their pets,especially if the pet is a dog, research has revealed.

"If you have kids, you have less time to spend with your pets. That's part of it, but not the whole story. People who think of their pets as their children often re-evaluate this thought when they have human children of their own," said David Blouin.

A new study has found that people with pets have the filthiest kitchen floors.
Advertisement

Blouin's study found that 93 percent of dog owners and 77 percent of cat owners took their pets to the veterinarian at least one time a year.


Some admitted that they spent significant sums of money on their pet's health, addressing routine care, such as vaccinations, as well more serious conditions such as skin allergies, Crohn's disease and diabetes.

The frequency of interactions owners had with their pets, as well as how often they took them to the veterinarian, were closely tied to how owners viewed their pets-whether as a child, a companion, or just another, albeit, useful animal, said Blouin.

Pierre's regular medical investigation showed that he needed dialysis, and his owner did not have any second thoughts about what step to to take.
Advertisement

More than 100 abandoned dogs bark and jump as if competing for the attention of their potential adopters inside the Hong Kong Dog Rescue centre.
Advertisement
This site uses cookies to deliver our services.By using our site, you acknowledge that you have read and understand our Cookie Policy, Privacy Policy, and our Terms of Use  Ok, Got it. Close
×