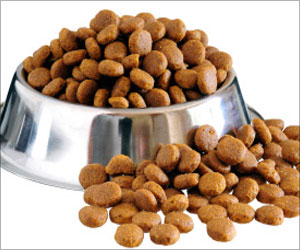 A chemical commonly used as a dog preservative was found to prevent painful nerve damage identified in the hands and feet of four out of five cancer patients taking the chemotherapy drug Taxol.

The Food and Drug Administration-approved preservative, an antioxidant called ethoxyquin, was shown in experiments to bind to certain cell proteins in a way that limits their exposure to the damaging effects of Taxol, the researchers say.

The hope, they say, is to build on the protective effect of ethoxyquin's chemistry and develop a drug that could be given to cancer patients before taking Taxol, in much the same way that anti-nausea medication is given to stave off the nausea that commonly accompanies chemotherapy. While half of Taxol users recover from the pain damage, known as peripheral neuropathy, the other half continue to have often debilitating pain, numbness and tingling for the rest of their lives.


"Millions of people with breast cancer, ovarian cancer and other solid tumors get Taxol to treat their cancer and 80 percent of them will get peripheral neuropathy as a result," says Ahmet Höke, M.D., Ph.D., a professor of neurology and neuroscience at the Johns Hopkins University School of Medicine and director of the Neuromuscular Division. "They're living longer thanks to the chemotherapy, but they are often miserable. Our goal is to prevent them from getting neuropathy in the first place."
Advertisement
A report on Höke's research is published online in the Annals of Neurology.

Höke and his team knew from previous experiments that adding Taxol to a nerve cell line growing in a petri dish would cause neurodegeneration. In a series of experiments, they set out to hunt for compounds that might interrupt the degenerative process by adding Taxol to nerve cells along with some 2,000 chemicals  one at a time  to see which, if any, could do that.

Ethoxyquin did so, Höke says, apparently by making the cells resistant to the toxic effects of the Taxol.

Once they identified ethoxyquin's effects, they gave intravenous Taxol to mice, and saw nerves in their paws degenerate in a couple of weeks. But when they gave ethoxyquin to the mice at the same time as the Taxol, it prevented two-thirds of the nerve degeneration, which Höke says would have a big impact on quality of life if the same effects were to occur in humans.

Specifically, Höke and his team discovered that molecules of ethoxyquin were binding to Hsp90, one of the so-called heat shock proteins that cells defensively make more of whenever they are stressed. Hsp90 acts as a cell's quality control officer, determining whether a protein is properly formed before sending it out where it is needed. When ethoxyquin binds to Hsp90, two other proteins  ataxin-2 and Sf3b2  can't bind to Hsp90. When they can't bind, the cell senses that these two proteins are flawed, so they are degraded and their levels in the cell diminished.

Höke says his team is not certain why too much of those two proteins appears to have a negative effect on nerves, but reducing their levels clearly appears in their studies to make cells more resistant to Taxol toxicity.

Höke and his colleagues are looking into whether this medication could also make nerves more resistant to damage in peripheral neuropathy caused by HIV and diabetes, two other major causes of the pain. A previous study, Höke says, showed that ataxin-2 may cause degeneration in motor neurons in a rare form of ALS, commonly known as Lou Gehrig's disease, suggesting that ethoxyquin or some version of it might also benefit people with this disorder.

Twenty to 30 million Americans suffer from peripheral neuropathy. Höke says it's a "huge public health issue" that doesn't get much attention because it is not fatal.

Höke's team is hoping to conduct safety studies with ethoxyquin in animals in advance of possible testing in people. He says that while too much ethoxyquin is thought to be potentially harmful to dogs, the needed dose for humans would likely be 20-to-30-fold lower than what is found in dog food. Ethoxyquin was developed in the 1950s as an antioxidant, a compound to prevent pears and other foods from becoming discolored and spoiling.

Chinese Kids Consuming Too Much Aluminum From Food Additives
Over 30 percent of Chinese kids between the ages of 4-6 are consuming too much of aluminum from ......