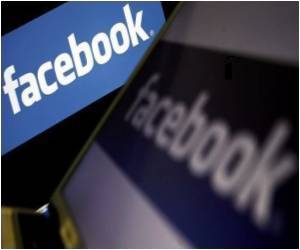 A recent study reveals that the more people use Facebook, the more they tend to believe that others are happy and having good lives.

The study by Utah Valley University found that the carefully chosen pictures of smiling, cheerful faces which Facebook users tend to plaster over their pages cumulatively convey a debilitating message to others.

Sociologists Hui-Tzu Grace Chou and Nicholas Edge interviewed 425 undergraduate students about their happiness and that of their friends.


The participants were asked how much they agreed or disagreed with statements such as "Life is fair" and "many of my friends have a better life than me".

The World Health Organization reports that depression is one of the main causes of disability affecting about 121 million people worldwide. More tragically, it claims around 850,000 lives every year. Hence, it is important that we understand this affliction to help ourselves or our loved ones to cope and, hopefully, resolve it. How well do you know the facts about depression? Take this quiz and f
Advertisement
They then described their Facebook activity including their number of "friends" and the proportion of them they actually knew.

Ninety-five percent used Facebook, and on an average they had been there for two and a half years and spent nearly five hours a week on it.

After allowing for gender, religiosity and whether people were single or attached, the study found that "the more hours people spent on Facebook, the stronger was their agreement that others were happier".his was particularly true of Facebook users who stockpiled "friends" they did not actually know.

Those who had used Facebook for longer were also "significantly" likely to agree with the statement "life is unfair".

Conversely, the study found that people who spent more time actually socialising with friends in the flesh were less likely to feel they had been handed life's short straw.

Chou argues that this Facebook-related dissatisfaction is the result of a common psychological process known as "correspondence bias", in which one draws false conclusions about people based on limited knowledge.

"Looking at happy pictures of others on Facebook gives people an impression that others are 'always' happy and having good lives," the Daily Mail quoted Chou as saying.

Send One Last Message from Your Grave With New Facebook App

New Facebook application offers users the option for one last message after their demise by sending a final video or text message as a wall posting from their grave.
Advertisement

Teachers in Scotland have been cautioned against disclosing too much information concerning their personal lives on Facebook and Twitter which could jeopardize their careers.
Advertisement