Doctors' 'Gut Feeling' Should Not be Ignored: Study 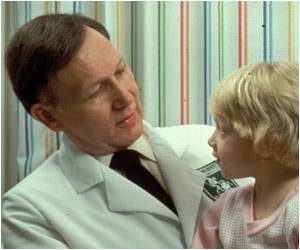 Doctors who experience a gut feeling about serious illness when treating a child in primary care should take action upon this feeling and not ignore it, says study.

Serious infection can easily be missed in young children and making a diagnosis has been described as "like finding a needle in a haystack". A clinician's intuitive feeling that something is wrong, even after examination that suggests otherwise, appears to have diagnostic value, even greater diagnostic value than most symptoms and signs. Studies have suggested it should be seen as highly important in its own right but there is lack of understanding about whether it can be seen as useful.

The rewards of an innovative Army program designed to identify and treat Soldiers at risk of post-traumatic stress disorder (PTSD) or depression are being reaped by American Soldiers.
Advertisement

Researchers from Oxford and Belgium therefore carried out an observational study on 3890 children between the ages of 0-16 years who presented in primary care in Flanders, Belgium in 2004. They wanted to see what added value gut feeling provides to a diagnosis. Factors recorded included the doctor's overall impression and whether gut feeling suggested something more serious was wrong. Gut feeling was defined as "intuitive feeling that something was wrong even if the clinician was unsure why".


Out of the 3369 children assessed as having a non-severe illness at the time of consultation, six (0.2%) were later admitted to hospital with a serious infection. Results show that acting on gut feeling had the potential to prevent two of the six cases being missed at the cost of 44 false alarms, but that these were not "unmanageable". The probability of a serious infection decreased from 0.2% to 0.1% when gut feeling was absent.

People with moderate-to-severe obstructive sleep apnea (OSA) can be effectively manages in a primary care lieu by aptly trained primary care physicians (PCPs) and community-based nurses.
Advertisement
In fact, 21 out of the 3890 children were eventually admitted to hospital with a serious infection and nine were not referred at first contact. However, in four of the nine children, the doctor had a gut feeling that something serious was wrong.

The authors recommend that medical teaching should make clear that an "inexplicable gut feeling is an important diagnostic sign and a very good reason for seeking the opinion of someone with more paediatric expertise or performing additional testing". They say that gut feeling should make three things mandatory: conducting a full and careful examination; seeking advice from a more experienced clinician and providing the parent with safety netting advice. They conclude that clinicians should not ignore gut feeling and use it in decision making.

Vent Forte (Theophylline) Blood Donation - Recipients Drug - Food Interactions The Essence of Yoga Noscaphene (Noscapine) Loram (2 mg) (Lorazepam) Nutam (400mg) (Piracetam) How to Reduce School Bag Weight - Simple Tips Accident and Trauma Care Post-Nasal Drip
This site uses cookies to deliver our services. By using our site, you acknowledge that you have read and understand our Cookie Policy, Privacy Policy, and our Terms of Use