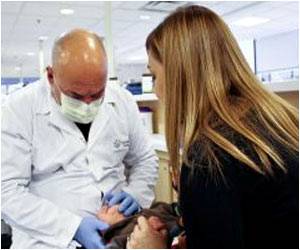 A rare surgery conducted by doctors at the JJ Byculla removed 232 teeth from a teenager, who came in with routine troubles of swelling and pain in the mouth.

According to the doctors, there are very few cases of this tooth developmental anomaly documented in the dental literature.

K Gavai, 17, a tenth standard student from Buldhana, a district in western India, had a swelling on the right side of the mouth when he came to JJ hospital last month. This was after several experts failed to diagnose his condition.


After several through check ups, doctors concluded that it was an abnormal growth affecting the second molar tooth on the lower right side of his jaw. They also assessed that the only solution was surgery.
Advertisement
The surgery was carried out last Monday.

"During the surgery, we picked up small teeth from the abnormal molar. These pearlies were of varying sizes, some as tiny as a grain of mustard and some almost the size of a marble. At the end of the process, we had a total of 232 of them," said Dr Sunanda Dhivare-Palwankar, head of dental department at JJ Hospital.

She also said that they were developing as regular tooth and would have got more painful eventually. "The fact that it was coming from a single molar was very unique," she added.

She said that they also found a rock-like formation inside the affected tooth, which had to be taken out with a drill.

She explained that it was a developmental anomaly that had affected the molar tooth at its growing stage or rather when he was a child.

The medical term for the unhealthy state is complex composite odonntom. In other words, it is called as benign tumor.

Doctors also crushed an upcoming wisdom tooth during the surgery. Sunanda said that despite the abnormal molar tooth growth, the jawbone had not weakened.

The teenager had eating difficulties, which was getting worse. Doctors in her team will now be looking up medical literature to confirm whether or not it qualifies for a world record.