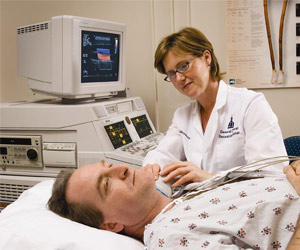 The researchers conducted a study to investigate the advance directives of 50 nonresponsive intensive care patients. They used interviews and questionnaires to analyze how well treating physicians and patient representatives believed patients' written wishes were being or had been implemented.

Quality of End-of-life Care Does Not Improve On Use Of Simulation-based Communication Training: Study


Relatives, in contrast, try to implement patients' written wishes literally. They assigned a higher level of validity to advance directives than doctors did. Nevertheless, despite the differences in assessment, almost 70% of relatives stated that patients' wishes had been fully implemented.

A study published in CMAJ says that better psychological and spiritual support, better planning of care and stronger relationships with physicians are necessary
Advertisement
In the eyes of the authors, trusting dialogue between treating physicians and patient representatives results in high levels of satisfaction with treatment. Advance directives should be worded more appropriately, however, so that all those involved are of the same opinion regarding their validity.

The study has been published in Deutsches Ärzteblatt International.

End of life care involves providing for fundamental human needs to people who are close to death. It is complex and sophisticated but very necessary to provide care and comfort to the dying.
Advertisement
<< Canadian Neuroscientists Breach the Blood-Brain Barrier To T...
Five Foods That Help You Stay Warm This Winter >>