A 22-year-old woman who underwent a tubectomy at a government hospital in Odisha is battling for life after the doctor mistakenly cut the small intestine instead of the fallopian tube, an official said Friday.

The life-threatening surgical mistake occurred during a government-organised camp where women could get the tubectomy procedure performed, members of the woman's family and officials said.

The surgery took place July 24. The mistake only came to light four days later, when a doctor at a private hospital examined the woman after she complained of acute pain in the chest and abdomen.


Mamatarani Behera was one of 90 women operated upon for tubectomy at the government hospital in Baliapal town in Balasore district, about 250 km from state capital Bhubaneswar.

Although the other women did not report any trouble, Behera complained of severe chest and abdomen pain the next day, and also started vomiting.

Her husband Bhagiratha said she was taken to a hospital near their house at first, but doctors there said she sould be shifted to the district headquarters hospital at Balasore.

After the woman's condition deteriorated at the district headquarters hospital, she was taken to a private hospital. On July 28, a doctor said one of the woman's fallopian tubes was cut, along with the small intestine.

Despite a corrective surgical procedure, the condition of the woman deteriorated. She was shifted to Sriram Chandra Bhanja Medical College Hospital (SCB), a state-run institution in Cuttack, where she is currently under treatment.

Chief District Medical Officer Anup Ghosh said he found, on investigation, that the intestine had been cut during the tubectomy. "I will submit a report for further action in the matter," he told IANS, adding that the woman was battling for life and her condition was critical.

A tubectomy is a surgical procedure to prevent pregnancies in which a woman's fallopian tubes are clamped and blocked or severed and sealed.

The small intestine is a tubular structure located within the middle of the abdomen. Its key role is digestion of food and absorption of nutrients into the blood.

'Modern' Style Admission of Medical Error Revealed in Famed Neurosurgeon's Century-old Notes
Johns Hopkins researchers say a review of groundbreaking neurosurgeon Harvey Cushing's notes, made at the turn of the last century, has turned up copious documentation of his own surgical mishaps
READ MORE 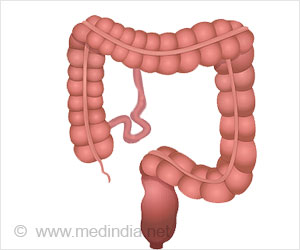 Short Bowel Syndrome
Short bowel syndrome is a rare disorder that occurs due to the physical or functional loss of a part of small intestine resulting in reduced ability of the body to absorb nutrients from food.
READ MORE