Do You Cycle to Work? This News is for You 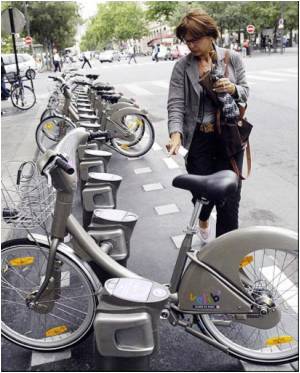 A recent insight has suggested that one of the biggest triggers of heart attack is cycling to work. Even though cycling is a great form of exercise, cycling amid heavy traffic increases stress levels.  The pollution around only makes it worse for cyclists. They are exposed to pollution much longer than drivers or commuters.

Scientists studied 36 pieces of research to understand the major triggers for heart attack. Some of the important triggers were ranked according to the number of heart attacks caused by different triggers.

Heart attack is the death of the heart muscle due to loss of blood supply. Simple guidelines to avoid heart attack are listed.
Advertisement
<< Drug Cocktail Reduces Hearing Loss in Mice Study
Stay Away from an Internet Group That Encourages Eating Dis... >>

Vent Forte (Theophylline) Nutam (400mg) (Piracetam) Find a Doctor Calculate Ideal Weight for Infants Noscaphene (Noscapine) Loram (2 mg) (Lorazepam) Sanatogen Pregnancy Confirmation Calculator Drug - Food Interactions The Essence of Yoga
This site uses cookies to deliver our services. By using our site, you acknowledge that you have read and understand our Cookie Policy, Privacy Policy, and our Terms of Use

Do You Cycle to Work? This News is for You Personalised Printable Document (PDF)