Do Women Like The Idea of Marrying Rich Men? 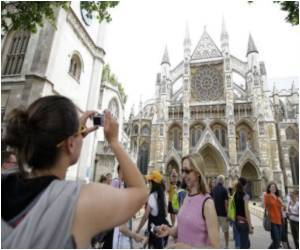 Dr Catherine Hakim, from the London School of Economics, is of the opinion that even though women often speak of financial independence and a career, this may not actually represent what they want.

Though women will never admit, especially at a time when there is so much talk about gender equality, all that women ever want is to marry rich  and well-educated men.

7 Steps to Fixing a Crumbling Marriage

Is your marriage on the rocks? Well, here's how you can save it.
Advertisement

In Dr Hakim's words, "Women's aspiration to marry up, if they can, to a man who is better-educated and higher-earning, persists in most European countries. Women thereby continue to use marriage as an alternative or supplement to their employment careers. It is thus not surprising that wives generally earn less than their husbands, and that most couples rationally decide that it makes sense for her to take on the larger share of childcare, and use most or all the parental leave allowance."


According to Dr Hakim, many women were not honest enough to admit that they preferred a partner with a fat income.  "It has become impossible to say 'I wouldn't mind being a housewife,'" she said. "It is so politically incorrect that a lot of women don't want to admit it."

The mystery of why married men behave better seems to have been finally unraveled thanks to the Michigan State University scientists.
Advertisement
<< Gwyneth Paltrow Opens Up About Postpartum Depression
Young People With STDs May Not Be Honest Enough to Admit Th... >>

Iron Intake Calculator The Essence of Yoga Post-Nasal Drip Blood Donation - Recipients Pregnancy Confirmation Calculator Drug Side Effects Calculator Loram (2 mg) (Lorazepam) Calculate Ideal Weight for Infants Drug Interaction Checker Blood - Sugar Chart
This site uses cookies to deliver our services. By using our site, you acknowledge that you have read and understand our Cookie Policy, Privacy Policy, and our Terms of Use

Do Women Like The Idea of Marrying Rich Men? Personalised Printable Document (PDF)