Do Statins Prevent Death in High-risk Individuals Without Heart Disease? 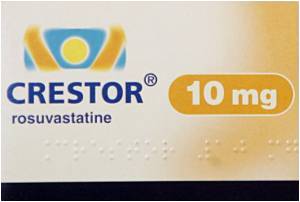 A report in the June 28 issue of Archives of Internal Medicine, one of the JAMA/Archives journals details a meta-analysis of previously published studies and finds no evidence that statins are associated with a reduced risk of death among individuals at risk for but with no history of cardiovascular disease.

"Statins are now one of the most widely used drugs for the treatment and prevention of cardiovascular disease both among individuals with established disease and among high-risk healthy individuals who are at elevated risk of incident [new-onset] cardiovascular disease," the authors write as background information in the article. "There is little debate that, compared with placebo, statin therapy among individuals with established coronary heart disease not only prevents complications related to atherosclerosis but also reduces all-cause mortality [death]." However, there is little evidence that statins reduce the risk of dying from any cause in individuals without heart disease. This, along with harms caused by statins in some subgroups, have called into question the benefit of statins in primary prevention (prevention of the development of heart disease).

In the meta-analysis, Kausik K. Ray, M.D., M.Phil., F.A.C.C., F.E.S.C., Sreenivasa Rao Kondapally Seshasai, M.D., M.Phil., and Sebhat Erqou, M.D., M.Phil., Ph.D., of University of Cambridge and Addenbrooke's Hospital, Cambridge, England, and colleagues combined data from 11 studies involving 65,229 participants. A total of 32,623 individuals were assigned to take statins and 32,606 individuals were assigned to take placebo. Some data about participant deaths was obtained from the originally published studies, whereas in other cases, study investigators were contacted for updated information.


Over an average of 3.7 years of follow-up, 2,793 participants died, including 1,447 assigned to take placebo and 1,346 assigned to take statins. This did not represent a statistically significant reduction in the risk of dying associated with statin use.

Heart attack is the death of the heart muscle due to loss of blood supply. Heart disease is the leading cause of death in the United States. Other names for heart attack include acute myocardial infarction, coronary thrombosis, and coronary occlusion.
Advertisement
Low-density lipoprotein (LDL, or "bad" cholesterol) levels were higher among those taking placebo than those taking statins (134 milligrams per deciliter vs. 94 milligrams per deciliter). However, there was no association between risk of death and either LDL levels at the beginning of the study or average reduction in LDL levels.

"Current prevention guidelines endorse statin therapy for subjects at high global risk of incident cardiovascular disease as a means to reduce fatal and non-fatal vascular events," they conclude. The results of the current meta-analysis indicate the need for caution when extending the potential benefits of statins to a wider population. "Due consideration is needed in applying statin therapy in lower-risk primary prevention populations.