Do Not Permit Children to Play Violent Video Games 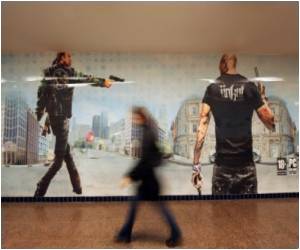 Playing violent video games and watching violent TV can have a deep impact on the brains of children affecting their behavior, research has revealed.

MRIs of children who played violent video games or watched violent television for a week showed reduced activity in areas of the brain in-charge of emotions, attention and control of impulses.

"Behavioral studies have shown an increase in aggressive behavior after violent video games, and what we show is the physiological explanation for what the behavioral studies are showing. We're showing that there are changes in brain function that are likely related to that behavior," researchers said.


Though the brain changes are not permanent, it does show that reactions of children are influenced by exposure to violence and is a pointer to how young minds could be affected by such games.

"Individuals and parents of children who choose to play games need to be aware that there are changes in brain function and they need to consider that when they decide whether or not to play these games," researchers cautioned.