Do Not Display Unhealthy-Food Ads on Trains: Health Minister 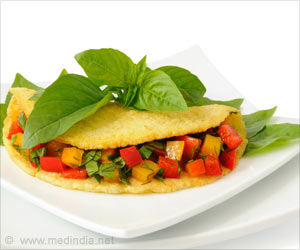 The Indian Health Ministry seems to have cracked down on the display of unhealthy-food ads on trains. The ministry has issued a plea to the Railway Ministry asking to disallow advertisements of aerated drinks, high-fat food items, tobacco and cigarettes on trains.

CK Mishra, Secretary, the Ministry of Health and Family Welfare (MoHFW), in a letter to Ministry of Railways, has said that the assets of Indian Railways should not be used to advertise products that negatively impact health.

Some Asian-Americans are Predisposed to Crave for Unhealthy Food

A gene, called DRD2 A1 is linked to a lower density of dopamine receptors in the brain. Some people overeat to compensate for reduced dopamine signaling.
Advertisement
‘The ministry has issued a plea to the Railway Ministry asking to disallow advertisements of aerated drinks, high-fat food items, tobacco and cigarettes on trains.’

"Any move to further promote products that have negative health externalities will be counter-productive and will scuttle on-going efforts to reduce or regulate consumption of alcohol, tobacco, food containing high fats, sugar and salt (HFSS), sugar sweetened beverages (SSBs) including aerated and non-aerated beverages," Mr. Mishra noted in the letter.


"Any move to promote products that have negative health externalities will scuttle ongoing efforts to reduce and regulate the consumption of alcohol, tobacco, food containing HFSS, SSBs including aerated and non-aerated beverages," said Mishra.

Replacing unhealthy foods with less energy dense, healthy foods help improve diet quality and reduce daily calorie intake without resulting in increased hunger.
Advertisement
"To address the health and developmental burden of Non-communicable diseases in a sustainable manner, a coordinated multi-sectoral response is required with due attention to the underlying causes," he said.

Indian Railways has recently unveiled its Non-Fare Revenue (NFR) policy wherein railway properties like trains, level-crossings and areas along the tracks can be used for advertising to generate revenue. The ministry aims to earn close to Rs 2,000 crore by with the help of this policy.

The health secretary welcomed the NFR policy and called it a great medium to earn revenue for the government. However, he suggested that such an initiative can also be used by the industry to promote harmful products such as alcohol, tobacco, food containing high fats, sugar and salt, sugar sweetened beverages including aerated and non-aerated beverages, et cetera.

"Advertisements of such products will result in unfavourable health and economic consequences for individuals, families and for the nation at large," Mishra said.

According to the World Economic Forum and Harvard School of Public Health, India stands to lose USD 4.58 trillion between 2012-2030 due to NCDs, while Cardiovascular Diseases (CVDs) alone could account for USD 2.17 trillion economic loss.

Women are Wired to Crave for Unhealthy Foods in the Afternoon

The commonly snacked unhealthy foods are highly processed with high amounts of sugar, fats, and salt. This increases the risk of non-communicable diseases.
Advertisement
<< Coal Pollution Led to Smaller Newborns
Malaria Softens Our Cells' Defenses in Order to Invade >>

Kids consume more high-calorie food such as cookies and candy after observing egg-shaped cartoon characters that they perceive to be overweight.

The Essence of Yoga Color Blindness Calculator Daily Calorie Requirements Calculate Ideal Weight for Infants Noscaphene (Noscapine) Nutam (400mg) (Piracetam) Accident and Trauma Care Diaphragmatic Hernia Indian Medical Journals Find a Hospital
This site uses cookies to deliver our services. By using our site, you acknowledge that you have read and understand our Cookie Policy, Privacy Policy, and our Terms of Use