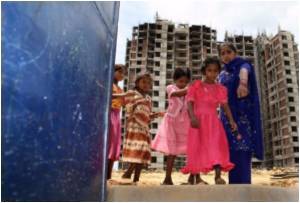 This study is according to researchers at the University of Illinois at Chicago School of Public Health.

Exposure To Lead Paint Behind Cancer In Construction Workers?

Australian authorities are alarmed over reports of cancer in construction workers at work on the Sydney Harbour Bridge. Five have already died, three others are ill.
Advertisement

The disparity amounted to approximately $6,000 more for white non-Hispanic claimants compared to minority workers in the same industry, says Lee Friedman, assistant professor of environmental and occupational health sciences at UIC and lead author of the study, which was published in the October issue of the Journal of Occupational and Environmental Medicine.

Nearly a million workers Down Under' turned up to the workplace drunk or under the influence of drugs in 2007 says a report.
Advertisement
The researchers evaluated a total of 1,039 cases (68 black, 168 Hispanic, 724 white and 79 other ethnicities.)

The settlements for white workers were substantially higher, despite controlling for average weekly wage, type of injury, injury severity, weeks of temporary disability, percent permanent partial disability, and whether or not the worker used an attorney -- all factors that are known to contribute to the final decision for monetary compensation in the claims process.

White non-Hispanic construction workers were consistently awarded higher monetary settlements despite the fact that the mean percent permanent partial disability was equivalent to or lower than that in black and Hispanic construction workers, according to the study's authors. This was true for amputations, torso injuries, open wounds of the upper extremity and traumatic brain injury.

The most common types of injuries for all workers were fractures, internal injuries, and open wounds.

The study does not explain why white non-Hispanic construction workers would receive higher compensation, Friedman said.

"One explanation is that there is some systemic bias or prejudices occurring within the system," he said. "Or, it could be that the level of information and knowledge about how the system works -- and what can actually be litigated, disputed, or requested for compensation -- might vary by ethnic group."

International airport in the Indian capital to decongest growing air traffic but workers at the construction site are complaining of poor sanitation, long duty hours
Advertisement
<< Does Feminine Charm and Flirting Help Women Get Ahead?
Celebrating the 25th Anniversary of Her Heart Transplant >>

It's not unusual in cities across India to see giggling children chasing each other around piles of sand or playing with shovels as their mothers keep an eye on them from nearby.
Advertisement
News A-Z
A B C D E F G H I J K L M N O P Q R S T U V W X Y Z
What's New on Medindia

Accident and Trauma Care Iron Intake Calculator Drug Interaction Checker Find a Doctor Selfie Addiction Calculator Find a Hospital Diaphragmatic Hernia Color Blindness Calculator Vent Forte (Theophylline) How to Reduce School Bag Weight - Simple Tips
This site uses cookies to deliver our services. By using our site, you acknowledge that you have read and understand our Cookie Policy, Privacy Policy, and our Terms of Use