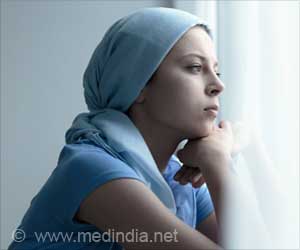 Previous U.S. studies have found racial disparities in triple-negative breast cancer diagnoses, but few have looked beyond the scope of one state. To conduct a larger study, researchers in the Georgia State University School of Public Health analyzed all breast cancer cases diagnosed during 2010-14 from the United States Cancer Statistics database, a surveillance system of cancer registries with data representing 99 percent of the U.S. population.

Advertisement
‘African American women of younger age are more likely to be diagnosed with triple negative breast cancer than younger women of other ethnicities. ’

The team identified more than 1.15 million cases of breast cancer, with triple-negative cases accounting for about 8.4 percent of all cases. The researchers uncovered a significant incidence of triple-negative breast cancer for women of color, specifically non-Hispanic black women, and for younger women.

"Until we have evidence of what environmental and genetic components contribute to this risk, it is imperative that women know their familial history of breast cancer, discuss that with their physicians and follow screening recommendations," said Lia Scott, lead researcher, recent doctoral graduate of the Georgia State University School of Public Health (Ph.D. '18), and current Steven M. Teutsch Prevention Effectiveness Fellow with the Centers for Disease Control and Prevention Division of Cancer Prevention & Control. "We hope that this update on the epidemiology of triple-negative breast cancer can provide a basis to further explore contributing factors in future research."

According to the American Cancer Society, most breast cancers are mainly classified by three proteins that can affect the cancer's growth: the estrogen hormone receptor, the progesterone hormone receptor and the human epidermal growth factor receptor 2 (HER2). Triple-negative breast cancer does not have any of the receptors, making it difficult to identify what is fueling the cancer's growth. Doctors have fewer options for targeted treatment to destroy these cancer cells. Chemotherapy is still an effective option for treating this cancer and reducing the risk of its return.

Source: Eurekalert
Advertisement
<< Smartwatch can Sense If You are Chopping Vegetables or Petti...
West Nile, Zika Virus can Lead to Digestive Problems >>