Disgust is Associated With Immorality 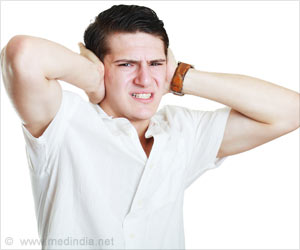 For the first time, new research carried out by psychologists at the University of Kent has shown that a decision to express disgust or anger depends on the motives a person seeks to communicate.

Previous studies have suggested that the emotion of disgust originally evolved to protect people from infectious disease; people don't generally eat rotten meat, crawling with maggots, because they feel disgusted by the prospect.

Anger management has become one of the daily life essentials today. Coping with anger is not tough and this can be done with the help of anger management techniques as suggested by a psychologist.
Advertisement
‘Disgust is also associated with immorality. People are disgusted by immoral acts that lead to feelings of contamination or impurity.’
Tweet it Now

But disgust is also associated with immorality and the researchers from the University's School of Psychology set out to establish why this should be, given its disparate origins in disease avoidance.

Doctors Warn of the Dangers of Complementary Therapies for Children

There can be significant adverse effects of complementary medicine which may go unrecognized due to lack of monitoring, recognition and experience.
Advertisement
The Kent researchers, Tom Kupfer and Professor Roger Giner-Sorolla, established that disgust's role in morality is not explained wholly by what people feel when they express disgust in response to an immoral behaviour, but also what they seek to communicate.

In two experiments study participants were asked to consider different scenarios in which a person expressed either anger or disgust. They were then questioned about what they thought was motivating the person expressing each emotion.

An expression of disgust therefore signals different information to an observer than an expression of anger. Perhaps, then, people express disgust rather than anger when they want to show that they are motivated by moral concerns.

Two further experiments confirmed this: participants themselves were more likely to choose to express disgust when their goal was to show that their condemnation of an act was morally motivated, while they chose to express anger when they sought to protest that the act harmed their own interests.

The findings suggest that disgust is not just an expression of an inner feeling, like nausea or contamination, but a signal that advertises a moral position.