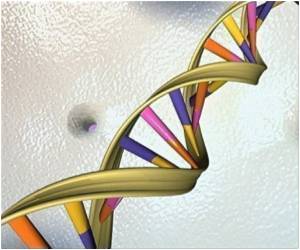 The discovery of a "rogue gene" could stop the spread of most late-stage cancers, providing the right drug is found, scientists have said.

Known as WWP2, the gene controls an enzyme which attacks a natural inhibitor that prevents cancer cells from spreading.

Researchers at the University of East Anglia in eastern England found that by blocking the action of WWP2, levels of this inhibitor are boosted and cancer cells cannot reproduce.

Encyclopedia section of medindia gives general information about Pre Cancerous Lesions
Advertisement
"The challenge now is to identify a potent drug that will get inside cancer cells and destroy the activity of the rogue gene," said Chantry.

"This is a difficult but not impossible task, made easier by the deeper understanding of the biological processes revealed in this study."

If such a drug were found, conventional therapies and surgery could be used on primary tumours without the risk that the disease could spread elsewhere.

The lab-dish breakthrough came in a probe of a group of cancer-cell inhibitors called "Smads."

The paper was published on Monday in the journal Oncogene by Britain's Nature Publishing Group.