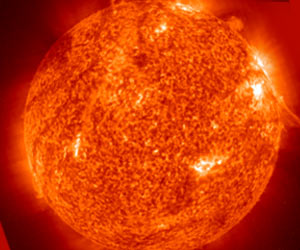 Anders Bo Skov, a student from the University of Copenhagen discovered a molecule, which stores solar energy by changing its shape. It may be a crucial breakthrough for technologies that try to capture the energy of the sun and save it for a rainy day.

Skov worked with Dihydroazulene-Vinylheptafulvene, special molecules capable of harvesting and holding substantial amounts of solar energy, storing it for significant amounts of time and releasing it on demand.


Earlier findings by scientists showed that the molecules would change their shape back and release the stored energy after just an hour or two.


"Skov's achievement was that he managed to double the energy density in a molecule that can hold its shape for a hundred years. Our only problem now is how we get it to release the energy again. The molecule does not seem to want to change its shape back again," said Prof. Mogens Brondsted, Skov's supervisor.

"My chemical 'recipe' demanded four synthesis steps in order to work. The first three were a piece of cake. I had them working in just a month. Getting the last step in order took me three months," Skov added.

The molecules are sustainable on more levels, they harvest sustainable solar energy and are non-toxic. "My molecule releases neither carbon dioxide nor any other chemical compounds while working. It is sunlight in-power out," he pointed out.

Cost of Solar Energy Could Be Reduced by 75pc Thanks To New Solar Cells
Development of a new solar technology by researchers at RTI International could make solar energy more affordable, and thus speed-up its market adoption.
READ MORE 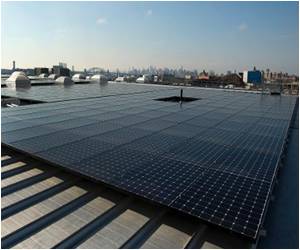