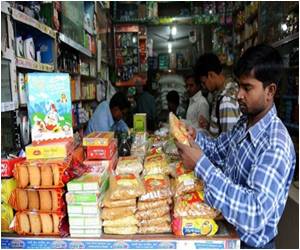 Research from the RAND Corporation noted that a lowering in the cost of healthy foods in supermarkets increases the amount of fruits and vegetables that people eat, and also reduces the consumption of unhealthy foods.

Researchers examined a program available to members of South Africa's largest private health insurance company that provides a rebate of 10 percent or 25 percent on purchases of healthy foods. The program, started in 2009, now has about 800 participating supermarkets and enrolls more than 260,000 households.

Interest has been growing in the United States and elsewhere about the ability of food discount programs to help improve diets. The U.S. Congress in 2008 approved funding for a demonstration of the concept, and both employers and insurance companies in the United States are beginning to test the approach.


In the South African program, shoppers can get the rebate on a list of foods selected by a panel of nutritionists, physicians and behavioral scientists. That list has over 6,000 items that account for 20 percent of food spending at supermarkets. Eligible items are marked at supermarket shelves and include fruits and vegetables, whole grains, nonfat dairy, but excludes most items with added sugars or salt.
Advertisement
The research team collected supermarket scanner data linked to 170,000 households and survey data about diet patterns from 350,000 individuals, including both those who participated in the rebate program and those who did not. Regardless of how the information was analyzed, lower prices for healthy foods were significantly associated with better self-reported diet.

"These findings offer good evidence that lowering the cost of nutritionally preferable foods can motivate people to significantly improve their diet," said Roland Sturm, a study co-author and a senior economist at RAND, a nonprofit research organization. "But behavior changes are proportional to price changes. When there is a large gap between people's actual eating behaviors and what nutritionists recommend, even a 25 percent price change closes just a small fraction of that gap."

Less-desirable items that are discouraged include cookies, candy, chips, and soft drinks. The effects of the price subsidies appeared stable over time and the 25 percent rebate had consistently greater impact than the smaller rebate.

The research team also analyzed survey responses. Based on self-report, individuals who received a 25 percent rebate consumed an additional half-serving of fruits and vegetables each day. Those same participants reported being less likely to consume fast food, foods high in sugar and salt, fried foods and processed meats. There was no evidence that the rebate program reduced rates of obesity or that fewer participants were overweight. Survey results were published in the January issue of the American Journal of Health Behavior.

The research evaluates a benefit offered by Discovery Health, the largest health insurer in South Africa with about a one-third market share. The company's Vitality program is a supplemental benefit and a prerequisite for the HealthyFood benefit. The HealthyFood benefit is available to members at no cost, but needs to be activated by phone or online.

Upon activation, Vitality members receive a 10 percent rebate on healthy food purchases at participating supermarkets and become eligible for a 25 percent rebate after completing an online health risk assessment questionnaire. The maximum monthly purchase amount eligible for a rebate is 4,000 rands (about $480) per family.

"This program may be unique worldwide due to its size and geographic scope and is the only one funded by the private sector on an ongoing basis," said Ruopeng An, co-author of the studies and a fellow at the Pardee RAND Graduate School. "It is a real-life program, not a lab experiment, so we have to use different statistical tools to analyze it."

The research team employed fixed-effects panel data models to control for unobservable constant differences between participants and non-participants and instrumental variables to achieve an approximate randomization, among other tools.

Healthy Foods can be too Costly
A study has found that healthy food is not so affordable, as the prices of fruit and vegetables are ...

Amy Winehouse Vows To Eat Healthy Foods In 2009
The 'Rehab' hitmker has taken a new year resolution to make a fresh start for 2009 and give up her ....

In Low-Income Black Neighborhoods, Healthy Foods are Missing from Stores
A new report shows that most convenience stores have a wide variety of chips, colorful candies and ....

Increasing Price of Unhealthy Foods can Inculcate Healthy Eating
Having a good strategy in place can be the most intelligent way to find solutions to problems....