Disasters are Tough to Manage for Victims of Disabilities, Mental Disorders 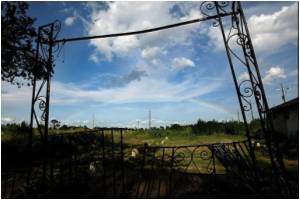 Mental healthcare teams are gearing up to provide adequate support to survivors to cope in the event of a hurricane.

Research conducted in the aftermaths of the Oklahoma City bombing and Hurricane Katrina also showed that the type of disaster can have a distinct effect on how people respond psychologically. These and other findings are reported in a special section of Rehabilitation Psychology devoted to disaster management and people with disabilities. The journal is published by the American Psychological Association.

"Katrina taught us a harsh lesson about the plight of vulnerable people in times of disaster and national emergency," said the journal's editor, Timothy Elliott, PhD, of Texas A&M University. "Solutions to these problems won't be provided by any single profession or service, which is why this special section brings together colleagues from psychology, special education and rehabilitation administration to provide information that will help us find solutions."

"Case managers who are knowledgeable about the needs of people with disabilities are essential when navigating an already difficult service system following a disaster of this magnitude," said the study's lead author, Laura Stough, PhD, from Texas A&M University.

Of the Oklahoma City bombing survivors, the most common psychiatric diagnosis was post-traumatic stress disorder, with 34 percent of participants suffering from the problem. The second most common psychiatric diagnosis was major depression, according to the article. Most of the participants, 87 percent, were injured in the bombing; 20 percent of those had to be hospitalized.

The research analysis noted that Hurricane Katrina affected a wider swath of an already disadvantaged population. The main tasks in the psychiatry clinic at the shelter were rapid diagnostic assessment, resumption of psychotropic medications, and linkage to ongoing psychiatric care for already existing disorders.

"Interventions to address unmet treatment needs for an abundance of pre-existing and persistent psychiatric illness would not have been the primary response needed for Oklahoma City survivors," said the study's lead author, Carol North, MD, from the Dallas Veterans Affairs Medical Center and the University of Texas Southwestern Medical Center at Dallas. "This article represents just one example of why disaster intervention plans need to target expected mental health problems emerging in different populations, settings and time frames."

Another study looked at the prevalence of injury and illness following Hurricane Ike in the Galveston, Texas, area. About 4 percent of the population had experienced injuries, and 16 percent of households had someone suffering from an illness two to six months following the disaster, according to a survey of 658 adults. The risk for injury or illness increased in areas where there was more damage. Some other stressors that occurred at the same time as these injuries or illnesses were post-traumatic stress, dysfunction and physical disability.

"The associations of injury with distress and disability suggest that community programs should reach out to injured people for early mental health and functional assessments," said study author Fran Norris, PhD, director of the National Center for Disaster Mental Health Research at the Dartmouth Medical School. "Follow-up support services that address mental health and functional problems could be part of the treatment plan for those people treated for disaster-related injuries or illnesses."

Psychological Distress Rampant Among Katrina Victims Who Lost Homes
An American researcher of Indian origin and his colleagues have found New Orleans who lost their ......

Katrina Has Caused Severe Emotional Disturbances in Children
A study conducted by mental health professionals has revealed that children who faced the onslaught ...