Disappearance of MH370 was No Accident: Authors 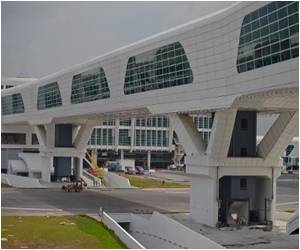 The tragedy of Malaysia Airlines Flight MH370 was no accident, claim the authors of a new book about the flight's mysterious disappearance.

News.com.au reports that Ewan Wilson, a commercial pilot and Waikato Times journalist Geoff Taylor say that their book "Good Night Malaysian 370: The truth behind the loss of Flight 370" will shock the travelling public.

Wilson, a former CEO of two airlines, said that for the first time the duo were presenting a detailed analysis of the flight, the incredible route it took, and who they believe was in charge of the aircraft as it plunged into the Indian Ocean.


Wilson and Taylor reportedly traveled to Malaysia to interview authorities and family members of MH370's pilot, Zaharie Ahmad Shah and investigated every piece of evidence along the way, the report said.

Malaysia Airlines Flight 370, carrying 12 Malaysian crewmembers and 227 passengers was travelling from Kuala Lumpur to Beijing when it went off the radar and lost contact with air traffic control on March 8.

Head of Search Operation Gives Up on Finding Wreckage of Flight MH370
The head of the search for Flight MH370 has said that the wreckage of the Malaysia Airlines plane .....

Family Reveals Why Pilot is Not to Blame for the MH370 Disappearance
As the MH370 approaches its hundredth day of disappearance, the family of Captain Zaharie Ahmad ......