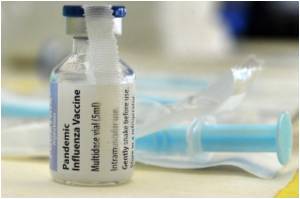 In a tropical environment, influenza A(H1N1) appeared milder than seasonal flu, was less likely to cause fever and upset stomach and more likely to infect younger individuals, according to a report in the May 24 issue of Archives of Internal Medicine, one of the JAMA/Archives journals.

Tropical climates may be least optimal for the survival of the influenza virus, according to background information in the article. In Singapore, the temperature ranges from 73 degrees to 95 degrees Fahrenheit and the humidity from 48 percent to 100 percent throughout the year. The incidence of influenza peaks in June through July and November through January in Singapore, although cases can be detected throughout the year.


In 2009, a new rapid detection method was designed to detect genes from the new influenza A(H1N1) virus and was used during a period of enhanced surveillance for influenza after global pandemic alerts were announced. Julian Wei-Tze Tang, Ph.D., M.R.C.P., M.R.C.Path., of National University Hospital, Singapore, and colleagues analyzed trends and symptoms among patients in Singapore during this period, from May to July 2009.


During the 12-week surveillance period, 2,683 individuals with symptoms, close contacts or travelers were tested using the rapid-detection assay. Of these, 742 (27.6 percent) were positive for any type of influenza virus, including 547 cases (20.4 percent) of influenza A(H1N1).

Seasonal influenza affected individuals of all ages, with a higher proportion of those 5 years and younger, while the pandemic virus was more likely to affect children and young adults and had very few elderly cases.

"It is likely that these symptom patterns will continue to evolve and change as the novel pandemic influenza A(H1N1/2009) eventually predominates, globally, in the susceptible human population," the authors conclude. "However, this early window period in this first wave of the pandemic has provided an opportunity to compare the symptomatology of these different influenza viruses in this particular tropical environment and ethnically diverse population during this transitional period."

Vaccination Rates Low, but Seasonal Flu Shot Awareness High in Hispanics
A new study of Hispanics in one California county shows that although there is high awareness of the need for seasonal influenza vaccines, there are low rates of actual vaccination
READ MORE

Swine Flu Less Deadly Than Seasonal Flu: Official
Swine flu is killing fewer people than seasonal flu but is causing greater alarm due to its impact on children and higher healthcare costs, according to a top disease surveillance expert.
READ MORE