Different Kind of Show at Tribal Arts Museum in Paris 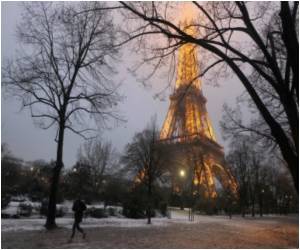 A different kind of show is on at Paris' Tribal Arts Museum which depicts the story of men, women and children plucked from their homes in the West's colonies and exhibited like zoo animals.

"Exhibitions: the invention of the savage", at the Quai Branly museum, shows how up until the mid-20th century, labelling indigenous peoples of Africa, Asia, Oceania and America "savages" helped to justify the brutality of colonial rule.

Indigenous People in Australia Portray a Tendency to Commit Crime

It has come to light that close to three out of every five indigenous people in Australia portray a tendency to commit crime.
Advertisement

Former football star Lilian Thuram, who was born on the French Caribbean island Guadeloupe, is chief curator of the show. He told AFP he was stunned by a visit to Hamburg zoo in Germany.


"At the entrance there are animal sculptures, but also ones of Indians and Africans -- letting visitors know they are going to see not just animals but human beings as well," he said. "They are still there today."

The health disparities prevalent in indigenous people around the world are closely tied to cultural loss including, loss of language, globalisation and removal from the land.
Advertisement
In 1931, the grandparents of another French footballer, Christian Karembeu, were put on display at the Jardin d'Acclimation in Paris, then in Germany, along with around 100 other New Caledonian Kanaks, cast as "cannibals".

From the Indians brought back to Spain by Christopher Columbus after 1492, until the end of the 18th century, the first wave of shows involved indigenous people seen as exotic or monstrous, shown to a limited European elite.

But the phenomenon expanded massively from the early 19th century on, when South Africa's Saartje Baartman, known as the "Hottentot Venus", was exhibited in London and Paris.

"We reckon that 1.4 billion people were exposed to these exhibitions of so-called 'savages', at universal exhibitions, fairs, circuses or theatres," between 1810 and 1958, said one of the curators, historian Pascal Blanchard.

Such shows took place across Europe, but also in the United States, Japan and Australia, involving some 35,000 people from the colonies, many of whom were paid for their appearance.

A hairy woman from Laos, known as "Krao", was exhibited at the end of the 19th-century as "the missing link" between man and monkey.

And William Henry Johnson, a black American child with a slight mental handicap, was bought from his parents aged four by the scam artist Phineas Taylor Barnum, who dressed him in a hairy suit and made him grunt in public -- under the title "What is it?".

The show brings together some 600 artefacts from paintings to sculptures, posters and books as well as skull-measuring devices used to demonstrate the supposed superiority of whites over other peoples.

The Paris exhibit, which runs until June 3, attempts to restore some dignity, centuries on, to the victims of the practice, by naming the people involved and tracing their individual life stories.

Indigenous adults living in very remote communities in the Northern Territory have lower death rates than those living in larger communities.
Advertisement
<< Nearly 25% of OZ Bosses Screen Resumes on Social Networking ...
Intelligent Television That can understand Voice Commands a... >>