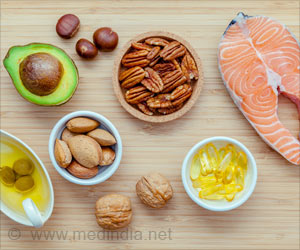 New study conducted by researchers, led by Jie Zhang and Ping-Ping Jia of Huai'an Hospital in Jiangsu, China examines how fats in the diet affect health, including whether the ketogenic diet is a reasonable cancer therapy. The findings of the study are published in Journal of Lipid Research.

At present, there are 15 studies on clinicaltrials.gov recruiting or preparing to recruit cancer patients to test the ketogenic diet as a therapy. This diet, high in fat and very low in carbohydrates, is said to induce a fasting state without the actual fast. It dramatically lowers the amount of glucose in circulation and increases fatty ketone bodies. The change in energy source is proposed to cut off the sugar supply to metabolically active cancer cells. But preclinical results are surprisingly mixed.


A paper in the Journal of Lipid Research explained some of the variability observed in models of ketogenic therapy for cancer. The researchers identified four key ketolytic enzymes and found that when the isoforms BDH1 and OXCT1 were expressed at high levels in a cancer cell line, feeding mice with a tumor of those cells a ketogenic diet would in fact speed tumor growth. Conversely, mice whose tumors had lower expression of the enzymes saw slower tumor growth. This research has important implications for when it is appropriate to recommend a ketogenic diet to cancer patients.
Advertisement
Fat balance matters for mouse health

Polyunsaturated fats are the "good fats" according to diet magazines and clean-living advocates. But some unsaturated fats are better than others. In a recent study in the Journal of Lipid Research, a team led by Rayane Ghandour at the Universite Cote d'Azur in France, in collaboration with nutritionists from Germany, compared the effects of diets supplemented with two types of unsaturated fatty acid on formation of brown adipose tissue in mice. Brown fat heats the body and can dissipate excess energy; converting white fat tissue, which is metabolically inert, into brown fat is a hypothetical target for weight-loss treatment. Ghandour tested the effect of supplementing a mouse's diet with either omega-3 essential fatty acids, which are abundant in fish, or omega-6 fatty acids, which are high in some vegetable oils and soy. Although both groups of mice ate the same amount of calories and weighed the same, they responded differently to a treatment that stimulated brown fat tissue production. The mice with omega-3-supplemented feed showed mildly greater weight loss and better ability to convert white adipocytes to brown adipocytes when stimulated than those with omega-6 supplementation. Just one lipid mediator of inflammation, the prostaglandin PGF2-alpha, was significantly different between mice on the two diets. PGF2-alpha is made by an enzyme from omega-6 fatty acids. The researchers tested the enzyme's activity in cultured cells with omega-6 or both types of fatty acid and found that omega-3 could out-compete omega-6 fatty acids for enzyme activity. This research provides a mechanism for why diets high in omega-6 fatty acids may cause inflammation.

High levels of the lipid ceramide are believed to be a stress trigger for autophagy. When the lysosomal enzyme acid sphingomyelinase, or ASM, which makes ceramide by breaking down a more complex lipid, is overexpressed, the self-digestion process is increased. So you'd expect that inhibiting ASM should reduce autophagy. Scientists at Indiana University found, however, that this was not the case. In a recent study in the Journal of Lipid Research, the team, led by Matthew Justice, found that when ASM was inhibited, the lysosomal nutrient sensing complex turned off, and signaling by a pro-autophagy transcription factor began. This may have been because inhibiting ASM did not lower levels of its product, ceramide, as would be expected; instead, ceramide production rose. The researchers did observe a decrease in the level of a related lipid, sphingosine. They speculated that this may be because of interactions between ASM and an enzyme that produces sphingosine. However, the mechanisms by which ASM affects lysosomal nutrient sensing and sphingosine level remain to be determined. This research sheds light on how cells decide whether to keep growing or turn on the brakes.

Quiz on Omega Fatty Acids
Body can't make omega fatty acids but these are essential for good health. So you have to get ......

Cholesterol
Cholesterol is produced by the body (liver) and is essential for normal body ......

Dyslipidemia
Dyslipidemia is a condition due to imbalance of fats in blood. Find out more about dyslipidemia, its...