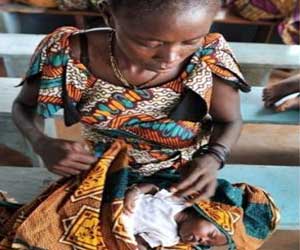 "The burden of disease from diarrhoea ... is significantly higher than was previously considered," said Jorgen Schlundt, who is director of food safety department at the WHO.

Some 1.1 million people who are older than five in Africa and Asia die from the ailment every year, according to new figures from a six-year-long study to be concluded in 2012 on food-borne diseases.

Previous research, which commenced in 2002 and which had been regularly updated, had estimated only 300,000 deaths annually among those older than five world-wide.

Schlundt said the current study showed a sharp difference compared to earlier research as it looks deeper into the problem.

He hoped that the latest data would bring greater awareness to the ailment that is both preventable and treatable.

"There are still some countries that believe that food safety is not very important and that not many people die in relation to food safety and food-borne diseases but we have data to show that it is a significant problem and it's something that could be dealt with," said Schlundt.

Diarrhoea, largely caused by contaminated water and food, also claims the lives of 1.5 million children under the age of five a year, according to UN estimates.

Diarrhea is an important cause of malnutrition, main cause of death in acute diarrhea is due to dehydration, which results from the loss of fluid and electrolytes in stools.

No Progress Made in Giving Lifesaving Diarrhea Treatments for Kids

A new study says that even though low-cost diarrhea treatments are possible, there is a huge number of deaths among children due to the sickness

Washington, DC - Kefir, one of the world's oldest "health" drinks, did little to prevent diarrhea in young children being treated with antibiotics, say researchers at Georgetown

Anti-Diarrhea Zinc Tablets Being Developed at Indian Department of Biotechnology

Anti- diarrhea dispersible zinc tablets are being developed by the National Department of biotechnology, which could be of ultimate help for children.

Giardiasis is an infection of the small intestine caused by a parasite called Giardia lamblia.