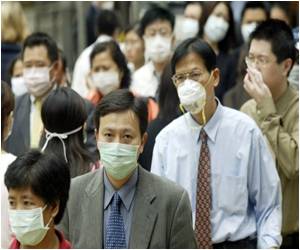 The news SARS-like virus, which claimed the lives of 22 people worldwide in less than a year, is now patented by foreign drug companies, thereby slowing down the diagnosis process.

"We are still struggling with diagnostics and the reason is that the virus was patented by scientists and is not allowed to be used for investigations by other scientists," said Saudi Deputy Health Minister Ziad Memish.

He told diplomats gathered in Geneva for the World Health Assembly, the UN health agency's decision-making body, that the coronavirus that first emerged last June had been "sent out of the country."


"It was patented, and contracts were signed with vaccine companies and anti-viral drug companies" which now need to give their approval every time another lab wants to use the virus, he said.
Advertisement
"I think strongly that the delay in the development of .... diagnostic procedures is related to the patenting of the virus," Memish said.

WHO chief Margaret Chan expressed outrage at the information.

"Why would your scientists send specimens out to other laboratories on a bilateral manner and allow other people to take intellectual property right on new disease?" she asked.

"Any new disease is full of uncertainty," she said, urging the WHO's 194 member states to only share "viruses and specimens with WHO collaborating centres, ... not in a bilateral manner."

"I will follow it up. I will look at the legal implications together with the Kingdom of Saudi Arabia. No IP (intellectual property) should stand in the way of you, the countries of the world, to protect your people," she told the delegates to thundering applause.

So far, there have been 44 lab-confirmed cases worldwide of the virus which until now has been known as the novel coronavirus, or nCoV-EMC, but which this week was redubbed the Middle East Respiratory Syndrome Coronavirus (MERS CoV).

Saudi Arabia by far counts the most cases, with 30 confirmed infections and 17 fatalities, while cases have also been detected in Jordan, Qatar, Tunisia, the United Arab Emirates, Germany, Britain and France.

Like SARS, the new virus appears to cause an infection deep in the lungs, with patients suffering from a temperature, cough and breathing difficulty, but it differs from SARS in that it also causes rapid kidney failure.

Memish stressed Thursday that a lot of uncertainty remains around how the virus spreads and what symptoms to look for, pointing out that some patients have instead of respiratory difficulties shown signs like diarrhoea and vomiting.

He also said diagnoses were problematic and in some cases tests needed to be performed two or even three times.

WHO Says New SARS-Like Virus can Spread from Person to Person
The new SARS-like virus, known as coronavirus (NCoV), could be passed between humans who are in ......

Saudi Traveller Dies in Tunisia due to SARS-like Virus
The health authorities revealed that a man travelling from Saudi Arabia who was infected with the .....