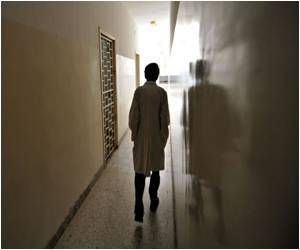 A common urinary tract infection that can be easily managed in an outpatient setting is adding to the estimated $238 million in the cost of emergency room visits in the US, a new study shows.

"Our findings suggest that hematuria ED visits could be used as a measurable indicator for the quality and type of care in Accountable Care Organizations," Dr. Ghani adds, referring to the health care networks included in the Affordable Care Act, which are intended to reduce costs while linking reimbursement to the quality of care for Medicare patients.


Results will be presented May 4 and 6 at the annual meeting of the American Urological Association in San Diego.

The studies set out to determine how often hematuria was the primary reason for emergency room visits, how much they cost and what part of that cost involves imaging - radiography, ultrasound, CT and MRI scanning and other costly diagnostic tests.
Advertisement
Drawing on data from the Nationwide Emergency Department Sample, which contains as many as 30 million records for ED visits to more than 950 U.S. hospitals, the researchers identified 718,914 patient visits from the start of 2006 through the end of 2009 in which hematuria was the primary diagnosis.

Among these, 94,978 patients - or 13.2 percent - underwent an imaging procedure while in the emergency room. The researchers also found that the incidence of imaging for hematuria during the four-year study period rose from 6.56 to 9.39 per 100,000 person years.

Further, Dr. Ghani and his colleagues assembled all reimbursement claims for diagnostic imaging related to those visits.

They found that emergency department costs for hematuria patients, adjusted for inflation, were estimated at more than $237 million a year. The median charge without diagnostic imaging was $1,138 compared to $4,300 with imaging.

"Imaging alone was associated with an increase in ED charges of more than $75 million per year," Dr. Ghani says.

The researchers also learned that patients were less likely to undergo imaging if they were seen at hospitals outside of metropolitan areas and at hospitals in the Midwest, and if they were covered by Medicaid and Medicare rather than private health insurance.

Noting that the Henry Ford study of imaging incidence and costs in hospital emergency departments is a first, Dr. Ghani says, "The economic burden is substantial and a cause for concern.

"Hematuria constitutes a considerable burden on economic resources in the ED, and it will require concerted efforts by all stakeholders to reduce both the use of imaging in diagnosing the disorder in that setting, and the costs associated with it."

Hosts' Defense Arsenals Get Mugged by Urinary Tract Infections
Copper fights against infection, humans are aware of it, but so does the bacteria that cause grave ....

Michigan Hospitals Lead the Way in Preventing Common and Costly Urinary Tract Infections
Patients at Michigan hospitals are less likely to experience a urinary tract infection caused by a ....

Cystitis
Cystitis is an inflammation of the urinary bladder. Cysitis is caused by bacteria and women are more...

Cystoscopy
Cystoscopy is a procedure wherein the urologist visualizes the lining of the urinary bladder and the...