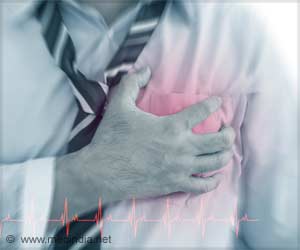 Researchers found that patients taking an additional twice-monthly injection of another type of cholesterol-lowering drug, called alirocumab, further cut their cholesterol levels significantly and reduced their risk of having another heart attack.


The scientists behind the latest analysis - led by researchers at Imperial College London - say that alirocumab could provide more benefit to patients with diabetes, compared to those without diabetes, following a recent heart attack.


‘Alirocumab injections were effective in reducing the future risk of cardiovascular events among people with diabetes by lowering the levels of LDL-cholesterol.’
Read More..


High levels of low-density lipoprotein (LDL) cholesterol (so-called 'bad' cholesterol) in the blood are a known risk factor for cardiovascular disease. But patients with diabetes are at twice the risk of cardiovascular events, such as a heart attack or stroke, due to damage to the heart and blood vessels. The researchers say that the injections reduce this risk by further lowering their levels of LDL cholesterol.

Their findings, published in the journal Lancet Diabetes & Endocrinology, could inform current guidelines for use of cholesterol-lowering medications, potentially advocating more aggressive cholesterol reduction in those with diabetes after a heart attack.

As an estimated one third of heart attack patients have diabetes, the researchers say these patients are a common and easily recognisable group who would benefit from achieving even lower cholesterol levels from this injectable treatment.

Alirocumab is a monoclonal antibody licensed for patients throughout the world. It is part of a class of cholesterol-lowering drugs called the PCSK9 inhibitors. The drug is delivered by injection every two weeks and works by blocking the action of a key enzyme in the liver to reduce LDL cholesterol levels in the blood.

Previous research has shown that alirocumab is safe and effective at reducing LDL cholesterol levels, without increasing the risk of diabetes.

However, PCSK9 inhibitors are more expensive than other cholesterol-lowering drugs, such as statins, and cost an estimated £4000 per patient per year in the UK, so their use is restricted to patients with the highest levels of LDL cholesterol. Doctors are therefore considering who would benefit most from this class of drugs.

Professor Kausik Ray, Chair in Public Health (clinical) at Imperial College London, and first author of the study, explained: "Cholesterol-lowering injections, such as alirocumab, are effective but they are expensive, so we need to consider targeting them to where they will have the most impact. Diabetes patients make up about one third of all heart attacks and these patients have roughly twice the risk as those without diabetes.

"In this study, we found that alirocumab had greater reduction in risk for patients with diabetes compared to those without. People with diabetes who have recently had a heart attack and who have high LDL cholesterol, despite statins, are an easily identifiable and cost-effective group to think about giving these treatments to."

In the latest study, 18,924 patients recruited in 57 countries were classified into three groups: having diabetes; having pre-diabetes (higher than normal blood sugar); or normoglycaemia (healthy blood sugar levels).

All patients had previously been hospitalised due to a 'cardiac event' (heart attack, unstable angina - chest pains caused by poor blood flow to the heart at rest) and all patients were randomised to receive either alirocumab or placebo every two weeks, on top of their existing high-intensity statins.

The distribution of patients in the trial was similar to earlier studies, with diabetes or prediabetes making up approximately 70 per cent of the cohort. Whether a patient had diabetes or not did not influence their LDL cholesterol levels at the start of the trial, or during the treatment period (when they received either alirocumab or placebo).

Four months into the trial, LDL cholesterol levels in patients taking alirocumab were reduced to an average of 0.8 mmol/L (for diabetes, pre-diabetes and normoglycaemia) compared to those taking placebo - who had LDL levels of 2.25 mmol/L in patients with diabetes and prediabetes, and 2.28 mmol/L in the normoglycaemia group. By comparison, the NHS advises a healthy adult should have an LDL level of 3 mmol/L and 2 mmol/L or less for those at high risk such as those who have had a heart attack.

After an average follow up period of 2.8 years, the team found that alirocumab was equally effective in reducing risk across the three groups but because people with diabetes were at highest risk they gained bigger absolute benefits. Analysis revealed that for diabetes patients, in absolute terms, treatment with alirocumab reduced their risk of further cardiovascular events by an average of 2.3 per cent.

Following a heart attack, the number of diabetes patients that needed to be treated was 43 for 2.8 years to prevent one event, versus 82 for those without diabetes.

While reducing blood cholesterol has proven benefits for cardiovascular health, there has been some uncertainty regarding whether achieving very low levels of LDL cholesterol increases the risk of diabetes. The researchers say the current study, amongst almost 19,000 patients including more than 5000 people with more than three years of follow up, shows there was no increased risk of diabetes with alirocumab.