Diabetes may be Associated With Circadian Clock Found in Pancreas 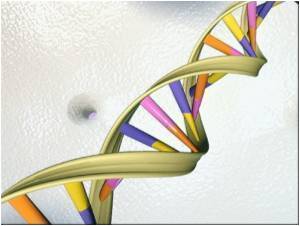 There exists a circadian clock in the pancreas, which regulates the production of insulin, and that a fault in this clock could eventually cause diabetes, researchers at Northwestern University have found.

The researchers show that insulin-secreting islet cells in the pancreas, called beta-cells, have their own dedicated clock.

The clock governs the rhythmic behaviour of proteins and genes involved in insulin secretion, with oscillations over a 24-hour cycle.


The findings shine a light on a system that hasn"t been recognized as having a strong effect on the process of glucose homeostasis.

"This is the first evidence of how the circadian clock may affect the development of diabetes. The biological programs in animals for harvesting energy-much like the photosynthesis of plants-are under control of the clock. Our findings will help us figure out the causes of glucose abnormalities, but we still have a lot to learn," Dr. Joe Bass said.

Encyclopedia section of medindia briefly explains about Insulin - Sugar and Food
Advertisement
In the study, the researchers knocked out the clock genes in islet beta-cells in mice and found the animals developed impaired glucose tolerance and abnormally low levels of insulin and went on to develop diabetes.

The clock of the beta-cell coordinates glucose management, and the loss of the clock inhibited the cells from secreting insulin.

"The variation we see in insulin secretion in humans and susceptibility to diabetes is likely related to this clock mechanism. There is an association in the changes of the cycling of the clock within the pancreas itself and disease. The next question is, can we modulate this?" said Bass.

By isolating the pancreas and using bioluminescence imaging (which relies on a protein found in the firefly), the researchers determined that a circadian clock is expressed autonomously in the pancreas.

The visual proof is shown in a short video they produced of the beating clock in live insulin-producing cells of the pancreas.

The cells emitted light once every 24 hours over a sustained period of time.

The body"s primary circadian clock resides deep in the brain, in the suprachiasmatic nuclei, but local biological clocks also are found in tissues throughout the body, including the pancreas, lungs, liver, heart and skeletal muscles.

The clocks operate on a 24-hour, circadian (Latin for "about a day") cycle that governs functions such as sleeping and waking, rest and activity, fluid balance, body temperature, cardiac output, oxygen consumption, metabolism and endocrine gland secretion.

The study will be published June 18 by the journal Nature.