'Diabetes Belt' in the US 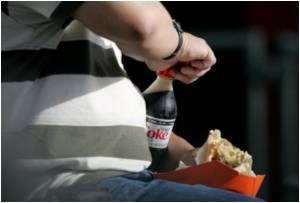 The southeastern US region has been labeled the nation's 'diabetes belt' by government researchers who were marking areas where people faced maximum risk.

The American Diabetes Association claims that there are almost 26 million diabetics in the US alone. Expenditure for the treatment is quite steep at $100 billion dollars and added to this burden is the fact that other serious medical conditions like heart disease and kidney damage are caused by diabetes.

With more than one billion people affected, diabesity is the largest epidemic in the world today. Fortunately it can be reversed with lifestyle changes.
Advertisement

Lawrence Barker of the Centers for Disease Control and Prevention (CDC) in Atlanta, who led the work, states that the study "allows us to identify areas where the need is greatest and where we can direct our attention and efforts to prevent and control diabetes."


The map that Barker and his team plotted out shows 15 different states included in the 'diabetes belt'. Nearly 12 per cent of people living in the region had diabetes compared to the 8.5 per cent in the rest of the country.

Regular exercise especially in type II diabetes not only helps reduce the sugar but also reduces the demand for medication by 20% and helps you stay healthy.
Advertisement
The researchers also found that people living in the belt were likely to be obese and lead a sedentary life. Other factors included a higher number of elderly people, and a great percentage of African Americans that made this region the diabetes belt. Even the traditional diet and attitude towards medical care have been held suspect since even young people who do not have a weight problem have diabetes if they live within the belt.

Charting out a belt helps people be more aware of the problem, according to Dr. Lawrence Phillips, studying diabetes at Emory University, especially when the disease has been termed as a silent killer. It will also help policy makers to be proactive in encouraging healthy lifestyles and in fighting against obesity.

'Diabetes Belt' in the US Personalised Printable Document (PDF)