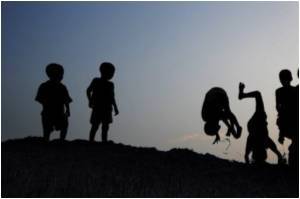 The Devon police department caused a major panic among parents after they took an unusual step of sending letters through school children, warning them of a pedophile ring that could be targeting children in the area.

Devon and Cornwall police then held a press conference and said that as many as 50 children could have been victims of the sex exploitation ring which targeted children as young as 12 years old.

The detectives went on to say that they have arrested a 19-year old in connection with the case while over 20 alleged victims were interviewed. The police added that they are looking into sex assaults in the region over a period of three years and said that the perpetrators could be a gang of youths in their late teens.


"We are treating this investigation very seriously. We are looking at other people and further arrests may be made in the coming days and weeks. We are not dealing with individuals that are grabbing children off the streets. Each of the children is known to the offenders", senior Investigating Officer, Det Insp Simon Snell said.

More News on:
Prostitution: Fresh Stakes in the Oldest Trade

Post-Nasal Drip Sanatogen Drug Interaction Checker Find a Hospital Sinopril (2mg) (Lacidipine) Blood Donation - Recipients Noscaphene (Noscapine) Color Blindness Calculator Accident and Trauma Care Blood - Sugar Chart
This site uses cookies to deliver our services.By using our site, you acknowledge that you have read and understand our Cookie Policy, Privacy Policy, and our Terms of Use  Ok, Got it. Close
×