Development of ESRD in Chinese Patients With Diabetes Linked to Genes 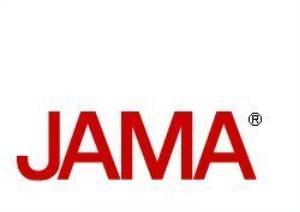 A study in the August 25 issue of JAMA says that examination of a gene involved in cell signaling found that four common variants of this gene are associated with the development of end-stage renal disease in Chinese patients with type 2 diabetes .

Renal (kidney) failure is an important cause of death among patients with type 2 diabetes. Asian populations appear to be particularly at risk of diabetic kidney disease (DKD), and compared with white individuals, Asian patients have a higher risk of end-stage renal disease (ESRD), according to background information in the article. Protein kinase C-β (PKC-β) is a molecule involved in cell signaling and has been linked in the development of diabetic complications.

Ronald C. W. Ma, M.B., B.Chir., of the Chinese University of Hong Kong, Prince of Wales Hospital, Shatin, New Territories, Hong Kong SAR, China, and colleagues examined whether variations in the PKC-β 1 gene (PRKCB1) are associated with risk of new-onset ESRD in a group of Chinese patients with type 2 diabetes. Genetic analysis was conducted among 1,172 Chinese patients (recruited 1995-1998) without renal disease at the beginning of the study. A validation cohort included an additional 1,049 patients with early-onset diabetes who were free of renal disease at baseline and were recruited after 1998. After an average of 7.9 years, 90 patients (7.7 percent) progressed to ESRD.


Analysis indicated that four common genetic variants predicted ESRD in separate models, with the likelihood for ESRD increased with a greater number of risk alleles (an alternative form of a gene). The adjusted risk for ESRD was approximately six times higher for patients with 4 risk alleles compared with patients with 0 or 1 risk allele.

A comprehensive article on diabetes - both Type 1 and Type 2 diabetes, including : causes, signs, symptoms, diagnosis, treatment, facts and a glossary on diabetes.
Advertisement
"In this study of Chinese patients with type 2 diabetes followed up for 8 years, we found that genetic variants of the PRKCB1 gene were associated with development of incident ESRD independent of other known risk factors, with joint effects among the risk-conferring alleles. These associations persist despite correction for retinopathy, albuminuria [the presence of excessive protein in the urine], renal function, risk factor control, and use of medications including angiotensin-converting enzyme [ACE] inhibitors at baseline," the authors write.

"In addition, we obtained further supporting evidence of the role of genetic variants in the PRKCBl gene in development of chronic kidney disease in an additional cohort of Chinese patients with type 2 diabetes with a comparatively shorter period of follow-up. Our consistent results thus suggest that genetic variation in the PRKCBl gene is an important determinant for the risk of developing DKD in Chinese patients with type 2 diabetes."