Development of Asthma may be Influenced by Nutrition 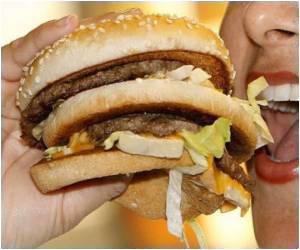 It is well-known that asthma is one of the world's most common chronic diseases as it affects as many as 300 million people. Researchers estimate that by 2025, there could be an additional 100 million people with the disease.

The rapid increase is mostly due to changing environmental or lifestyle factors, and diet.

Two new studies have now suggested that nutrition may have a role in the development of asthma, but cautioned that further research is needed to confirm the link.


In the first study, investigators from the University of Aberdeen, UK, reviewed three dietary factors that have been thought to play a role in the increase in asthma - a changing antioxidant intake, an increasing ratio of n-6 to n-3 polyunsaturated fatty acid (PUFA) consumption, and changing vitamin D status.

An allergy is a hypersensitive disorder of immune system. Substances that often cause allergic reactions are pollen, dust mites, mold spores, pet dander, food, insect stings and medicines.
Advertisement
They also reviewed a small number of studies that suggested modifying one's diet during pregnancy might reduce the incidence of childhood asthma.

"The generally weak observational and very limited intervention data suggest that whilst there are associations between diet and asthma, the nature of the associations (with PUFA, antioxidants, nutrients, food), the timing (antenatal, infancy, childhood, adulthood), and the therapeutic potential of the associations are far from clear," said Graham Devereux.

"Future studies should consider the use of dietary intervention to increase the intake of nutrients highlighted by birth cohorts (vitamin E, PUFA, vitamin D, zinc) in order to capture the complexity of dietary nutrient intake."

In the second study, a team of researchers from Greece examined the association between salty snack consumption along with TV or video game viewing and asthma symptoms in young adolescents.

In their study of 700 children aged 10-12 years, they found there was a 4.8-times higher risk of having asthma symptoms when salty snacks were consumed more than three times a week.

This link was even stronger in children who watched TV or played video games more than two hours a day.

The study also showed that children who consumed a 'Mediterranean diet' were less likely to have asthma symptoms.

The 'Mediterranean diet' consists of a high content of vegetables, fresh fruits, cereals and olive oil, with a high intake of beta-carotene; vitamins C and E; and other protective substances like selenium, flavonoids and polyphenols.

"Since the prevalence of asthma is quite high in industrialized populations, and has continued to increase during the past years, future interventions and public health messages should be focused on changing these behaviours from the early stages of life, by informing parents, guardians, teachers and any other person that could teach children a healthier lifestyle," said lead investigators Demosthenes Panagiotakos, Harokopio University, and Kostas Priftis, University of Athens.

The studies will be published in the February issue of the Journal of the American Dietetic Association.

Wheezing is a sound arising from the airways due to an obstruction or narrowing, which prevents the free flow ...