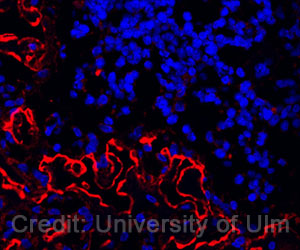 Neuroendocrine tumor came into the spotlight when Bollywood actor Irrfan Khan revealed that he has been diagnosed with it. This rare cancer is treatable if detected early, suggests a city-based neurologist.

The disease, which according to doctors is a "quite rare disease and more common in males in the age group 30-50", occurs in less than one per million cases. It is rare in both the general population as well as in patients with malignancies of tumor.

Advertisement
‘Early detection of neuroendocrine tumor can lead to cure by excising the tumor or giving appropriate therapy.’


However, in Irrfan's case, he has not yet revealed which stage of the condition he is suffering or whether it is malignant or not.

Neuroendocrine tumor is a condition in which the neuroendocrine cells -- that perform specific functions such as regulating air and blood flow through the lungs and controlling how quickly food moves through the gastrointestinal tract -- develop into tumors.
Advertisement
While a neuroendocrine tumor can grow in lungs or a small organ behind the breastbone called the thymus, or more rarely, in the pancreas, kidneys, ovaries, or testicles, "the most common is lung, pancreas and intestines", Suri informed.

Depending on the location of the tumor, the tumors may develop local symptoms.

For example, if the tumor is in the lungs, patients may experience cough, bleeding in sputum, chest pain; if it grows in the intestines, patients may develop diarrhea, bleeding and have black stools.

"Because an endocrine tumor develops from cells that produce hormones, the tumor can also produce hormones. This can cause serious illness including palpitation, high or low BP, which may be precursors to various cardiovascular diseases," Suri noted.

The disease can also be genetically predisposed. Thus, for people with a family history, early screening is a must, the doctor suggested.

Treatment depends on the type, that is whether it is benign or malignant and the location of the tumor.

"Waiting for the disease to become symptomatic can make it incurable," the neurologist said.

Artificial Intelligence can Diagnose Prostate Cancer Accurately
Artificial intelligence learning system has been developed that aids in diagnosing and identifying ....

One-Quarter Of Penis Cancer Patients Do Not Get Recommended Treatment
One-quarter of penile cancer patients do not get the recommended treatment, and also their survival ...

Carcinoid Tumors
Carcinoid tumors is a benign tumor that results in carcinoid syndrome. Only 8 to 10% of all carcinoi...