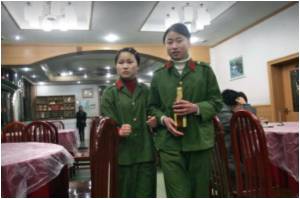 The vast increase -- an average of almost $400 million each -- highlights the growing inequality between the Communist country's superrich and the millions who still live in poverty.


"The rapid growth of wealth in China seems to be out of line with the Chinese economic slowdown," he said.

The net assets of the top 100 richest people in China soared 44 percent from a year earlier to $316 billion, the magazine said, while the number of dollar billionaires rose to a record high of 168.
Advertisement
That came even as China's economy has slowed. The Chinese economy expanded 7.7 percent last year, the worst performance since 1999.

Forbes attributed the increase in wealth to growth in select industries, such as the Internet, auto, entertainment and property sectors.

Wang Jianlin, head of property giant Wanda Group and buyer of US cinema chain AMC Entertainment, topped the list with a net worth of $14.1 billion.

His fortune leaped from $8 billion last year, helped by a rebound in property prices and his investment in AMC.

Forbes had already announced last month that Wang had taken the top spot. Another ranking by the independent Hurun Report also put him at number one.

Last year's leader, beverage tycoon Zong Qinghou, slipped to second place in the Forbes list, even though his wealth increased 12 percent to $11.2 billion.

In a surprise new entry to the ranking Li Hejun, chairman of clean energy firm Hanergy Holding Group, appeared for the first time in fourth place with a net worth of $10.9 billion.

Yang Huiyan, who inherited a majority stake in property developer Country Garden, was China's richest woman with a fortune of $7.2 billion giving her seventh place.

As well as Robin Li, two other Internet billionaires made the top ten.

Ma Huateng, owner of social gaming and networking company Tencent, took fifth place with net worth of $10.2 billion, jumping nearly 60 percent year-on-year due to a surge in his Hong Kong-listed firm's share price.

Poor Chinese Man Uses Fruit Knife, Rusted Saw to Chop Off His Own Leg
A resident of Hebei, China perform a self-amputation on his leg using a fruit knife and a rusted ......

China Lists Things That Its Tourists Should Not Do
A handbook published by China's image-conscious authorities lists the things that Chinese tourists ....