Despite New Biotech Firms In Developing Countries, Drugs may Still Not Reach the Poor 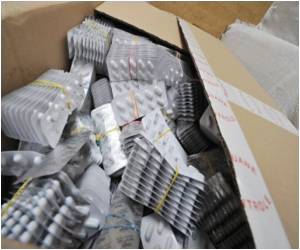 Despite the surge in the number of biotech firms in developing countries hoping to meet the global demand for affordable drugs and vaccines, a study says that there is the danger of market forces pushing them to make more drugs for the rich.

They found that companies in these developing nations have 69 affordable drugs and vaccines on the market, and another 54 in the pipeline, for local problems such as tuberculosis and tropical diseases.


They also found that pharmaceutical companies in Europe and North America have neglected these diseases because most of the people, who get them, cannot pay much for treatment, making their development economically unattractive.

A kind of sugar molecule common to chimpanzees, gorillas and other mammals but not found in humans provokes a strong immune response in some people
Advertisement
Rezaie cites a company in India working with a Danish firm on a treatment for diabetes, and another in China working with US firms on drugs for inflammatory bowel disease. Both are diseases that are major problems only in the west.

Hyderabad-based Shantha Biotechnics, on the other hand, has made hepatitis B vaccination possible for millions of Indians by using bacteria equipped with viral genes to make the vaccine, slashing its cost by a factor of 60.

Last year, however, it was bought by Sanofi-Aventis, based in Paris, France, and there are fears its focus might change.

"These companies don't need to choose between global health and global wealth. There are things that can be done now to make it easier for them to make a profit and meet local needs as well," says Singer.

Such things include offering government or philanthropic money to entice companies in rich countries to focus on poor people's diseases, and getting drug companies to allow independent researchers to use their patents to develop drugs for neglected diseases, in return for a royalty payment.

"These [small biotech] companies are like a vein of gold that could be harnessed for global health. There's a brief window of opportunity now to make sure it's not tapped just to make necklaces for the rich," he adds.

The researchers of the University of Helsinki, and Oncos Therapeutics, the biotech company have teamed up to develop new cancer therapeutics based on the next generation oncolytic viruses.
Advertisement
<< Do Good to Those Who Hurt You: Shark Victims Unite to Save ...
Brits Love Morning Toast As It Reminds Them of Childhood Br... >>

The Essence of Yoga Drug Interaction Checker Turmeric Powder - Health Benefits, Uses & Side Effects A-Z Drug Brands in India Selfie Addiction Calculator Blood Donation - Recipients Vent Forte (Theophylline) Drug Side Effects Calculator Find a Hospital Noscaphene (Noscapine)
This site uses cookies to deliver our services. By using our site, you acknowledge that you have read and understand our Cookie Policy, Privacy Policy, and our Terms of Use