Despite Cancer Spread, ASCO Researchers Optimistic Of Beating the Disease 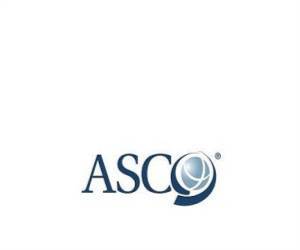 Although the disease is spreading rapidly and remains the second biggest killer in the world, medical researchers are still optimistic of their chances of beating cancer in the long run. They trust that recent advances in research will help combat the disease.

"Our growing understanding of cancer's complex behavior is being translated into better, more targeted drugs against a variety of tumors," Douglas Blayney, president of the American Society of Clinical Oncology (ASCO), said at the group's annual meeting.

A breakthrough in cancer studies after using novel technology to reveal the different genetic patterns of neuroblastoma, an aggressive form of childhood cancer, has been reached by researchers.
Advertisement

The most encouraging results unveiled in Chicago last week during the world's biggest gathering of cancer experts demonstrated the growing role of therapies targeting key tumor functions or helping the immune system destroy cancer cells instead of standard chemotherapy.


These advances showed increased rates of survival, particularly among patients with advanced or metastasized cancers, such as melanoma. There are few, if any, treatments against these types of cancers.

Research says that doggy licks could provide the DNA keys to findings new treatments for rare cancers and other diseases in both dogs and human patients.
Advertisement
An experimental antibody known as ipilimumab activates the immune system's T cells, which then seek and destroy melanoma cells, instead of targeting the cancer cell itself like previous treatments.

Researchers found the drug was the first to extend the lives of patients with advanced melanoma, the deadliest form of skin cancer. Melanoma cases have climbed faster than any other cancer type over the past 30 years.

Another new experimental drug, crizotinib was shown to shrink tumors in advanced lung cancer patients with a specific type of genetic alteration by neutralizing an enzyme implicated in cancer cell growth, known as anaplastic lymphoma kinase, or ALK.

Lung cancer is the most frequent and deadliest of all cancers worldwide.

Another clinical trial found that long-term treatment with the drug Avastin, which cuts off supply of nutrient-rich blood to tumors, may help control progress of advanced ovarian cancer.

Adding radiation therapy to androgen deprivation therapy (ADT) was also found to cut by 43 percent the risk of death in men suffering from locally advanced or high-risk prostate cancer.

"We really want to improve the quality of life of the patients with fewer side effects and some of these new approaches really accomplished that," University of Pennsylvania professor of medicine Lynn Schuchter told AFP.

Driving home that point, the ASCO meeting devoted its theme this year to "advancing quality through innovation."

Despite the progress and improvement of care since president Richard Nixon declared war against cancer in 1971, the disease remains far too frequent in the United States.

A recent report by the World Health Organization warned the number of cancer deaths could double worldwide by 2030, to reach 13 million.

As industrialized countries struggle to care for an aging population, nearly half of all men and one in three women will be diagnosed with cancer in their lives, according to the ACS.

Several types of cancers -- liver, pancreas, ovarian, lung and brain -- are particularly lethal and do not respond well to existing therapies.

But the incidence of cancer is tied to lifestyles, placing the onus on prevention efforts.

Nearly 40 percent of the drop in male cancer deaths from 1990 to 2006 owed to a reduction in lung cancer, whose main culprit is smoking.