Despite Advent of Digital Era, Wall Calendars Hold Their Own in Germany 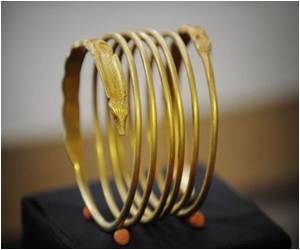 German calendar publishers say the gamut of traditional wall hangings from feng shui to fashion, from arty nudes to sweeping landscapes or even grandma's homely tips is keeping digital rivals at bay.

Amid all the hustle and bustle of the Frankfurt Book Fair, the industry's biggest annual meet-up, the "Calendar Gallery" provides a soothing pictoral paper feast for the eye, away from the touting of new books and high-tech gadgets.

Competition from smartphone diaries or computerised aides for organisation and time-keeping have so far failed to dent the German market for paper calendars, which are growing in popularity, publishers say.


"In recent years the (calendar) market has rather become bigger, the share that has been sold as part of the book trade in particular has increased," said Rolf Nuethen, publishing manager for the Federation of German Booksellers and Publishers.
Advertisement
"It's a good segment for the book trade," he added.

"It seems to be the case that... despite this digital world, people continue to also want to have a print medium where they note down their important appointments," he told AFP.

With a different monthly picture, photo, cartoon, quote or saying, calendars offer an "element of decoration", while for others, special themed versions indulge a hobby or interest, such as trains or sailing.

Some 5,000 different calendars are produced annually in Germany.

Calendar sales at Dumont publishers came to about 10 million euros ($13.5 million) in 2012, a 5.0-percent increase from a year earlier, and nearly double the level of 2005, Anette Philippen said.

"The market is very profitable, very stable in recent years," she added.

At novel and poetry publishers Schoeffling & Co., sales manager Fabian Reinecke agreed that calendars were not being buffeted by technological advancements.

Reluctant to reveal figures, he said simply that business was growing.

Its "Literary Cat Calendar" of black and white feline photos with a saying or quote each, sold for nearly 22 euros, has been at number four of the German calendar bestseller list for the past four or five years, Reinecke said.

And the link between cats and literature?

"Good question why it's that way -- because it works, apparently," Reinecke chuckled, suggesting perhaps it could be because dog owners have to walk their pets while cat owners can stay indoors and read.

"We don't do dog calendars," he added