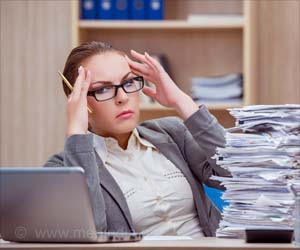 People who work in jobs that require less exercise were found to be at a lower risk of subsequent poor cognition than those whose work is more physically active, according to a study.

Lack of physical activity and exercise are known risk factors for major health conditions, including cognitive impairments such as memory and concentration problems.

"Our analysis shows that the relationship between physical activity and cognitive is not straightforward," said study author Shabina Hayat from the University of Cambridge in the UK.


‘Do you hate desk jobs. It might be good for your mental health.’


"While regular physical activity has considerable benefits for protection against many chronic diseases, other factors may influence its effect on future poor cognition," Hayat explained.

For the findings, published in the International Journal of Epidemiology, the research team examined patterns of physical activity among 8,500 men and women who were aged 40-79 years old at the start of the study and who had a wide range of socioeconomic backgrounds and educational attainment.

In particular, the team were able to separate physical activity during work and leisure to see if these had different associations with later-life cognition. As part of the study, participants completed a health and lifestyle questionnaire, including information on the level of physical activity during both work and leisure, and underwent a health examination. After an average 12 years, the volunteers were invited back and completed a battery of tests that measured aspects of their cognition, including memory, attention, visual processing speed and a reading ability test that approximates IQ.

The findings showed that individuals with no qualifications were more likely to have physically active jobs, but less likely to be physically active outside of work. The study found that a physically inactive job (typically a desk-job), is associated with lower risk of poor cognition, irrespective of the level of education. Those who remained in this type of work throughout the study period were the most likely to be in the top 10 per cent of performers.

Those in manual work had almost three times increased risk of poor cognition than those with an inactive job, the researchers said."People who have less active jobs - typically office-based, desk jobs - performed better at cognitive tests regardless of their education," Hayat said.

"This suggests that because desk jobs tend to be more mentally challenging than manual occupations, they may offer protection against cognitive decline," Hayat noted.

Repeated Head Impacts Lead to Cognitive Problems and Depression in Later Life
People with a history of repetitive head impacts, and traumatic brain injury (TBI) reported poor cognitive problems and higher depressive symptoms than those who did not have such history, reports a new study.
READ MORE

Depression Symptoms Tied to Reduced Cognitive Control in People with Autism
Symptoms of depression in adolescents and young adults with autism are linked to less proactive control, finds a new study.
READ MORE