Depression was a Huge Obstacle for Ryan Phillippe 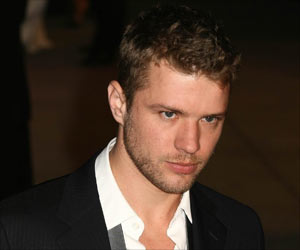 Ryan Phillippe went through a lot of emotional struggles of his on-screen characters and has felt like tortured at times.

The 'Cruel Intentions' actor, who plays a tormented man suspected of murder in the new ABC series 'Secrets and Lies', said in an interview with Elle.com that depression has been a huge obstacle for him ever since he was a child, and thought that would decrease with age but it actually didn't, People Magazine reported.

Anxiety and depression is 70 percent more likely to occur in smokers than non-smokers, despite the widespread view that lighting up a cigarette is a stress reliever, says a study published on Tuesday.
Advertisement

The 40-year-old actor explained that he is empathetic, and take on the feelings of others and transpose himself into the position of others, and even admitted that if given choice then he would prefer to suffer through the sadness of others, rather than being a complete moron with no feelings.


After asked by multiple fans on social media about the reason behind the sadness, Phillippe replied back that the list includes more than acting, like his goals range from producing more films to launching a startup to 'helping liberate a small country' with 'Isolated', a documentary that he produced about the genocide in West Papua.

Fluoride in Drinking Water Linked to Depression and Obesity

Before you take that sip to quench your thirst, make sure the water isn't too high in fluoride content, as it can cause depression and weight gain, claims a new study.
Advertisement

A new study by researchers at KU Leuven, in Belgium, has found that loneliness brought about by the death of a spouse can trigger a wider network of depression-like symptoms.
Advertisement