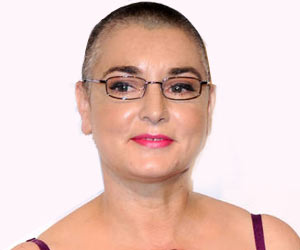 Following months of dramatic headlines, Sinead O'Connor has checked herself into hospital to get treatment for depression.

The 45-year-old singer took to her Twitter account to tell her fans that she is "not at all well" but hopes to be back on her feet in a couple of weeks.

It comes just four days after the 'Nothing Compares 2 U' hitmaker admitted her fourth marriage to drug counsellor Barry Herridge was finally over following the whirlwind ceremony in Vegas.


"Gonna be off radar for few weeks. But will be back. Worry not," the Mirror quoted her as writing.

"I'm going to hospital. Treatment for depression. Not at all well. But they will put me back together quick.

Adolescent depression is an ailment that occurs during the teenage characterized by persistent melancholy, disappointment and loss of self-esteem.
Advertisement
She vowed to be back "smiling" in around two weeks. Sinead wrote:

"I be grand in few weeks. was right decision to call hospital. They fab. Good team. I be me again in 2 weeks they say.

"Don't want anyone worrying. Should only worry if a depressed person DOESNT go hospital. all will be well. Just little time. :)," she wrote.

Depression is a common disorder and many worldwide suffer from depression. Early recognition of symptoms and signs of depression can help in taking a holistic approach to the management of depression.
Advertisement
<< Soon, New Treatments for Addiction
Women Exposed To Armed Conflict Produces Underweight Babies >>