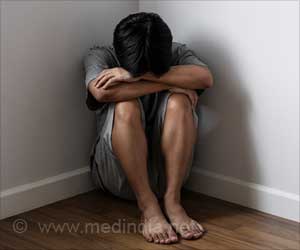 Depression and anxiety are the two most heard words since COVID-19 started its play. Scientific evidence shows that about 4% of the global population experiences depression. Researchers have now identified some genes responsible to elevate the risk for depression.

The findings of this largest genetic analysis of depression were published in the journal Nature Neuroscience .

Co-primary investigator Dr. Joel Gelernter, the Co-primary investigator and a researcher with the Veterans Affairs (VA) Connecticut Healthcare System and Yale University School of Medicine, explained the significance of the findings. "This study uncovered more of the genetic architecture of depression than was previously known," he said.


The largest GWAS ever

A genome-wide association study (GWAS) refers to a scientific approach to relate specific genetic variants with the development of particular diseases. VA researchers performed this largest genome-wide association study to analyze the genomes of over 250,000 individuals of European ancestry and 60,000 Veterans of African ancestry.
Advertisement
In addition to this, other biobanks contributed more than 1.2 million participants to the primary study. The dataset contained genetic data of more than 300,000 participants in total. The outcomes of this large analysis were then combined with the findings of genome analyses submitted on repositories like the UK Biobank, FinnGen, and 23andMe.

Gene variants that create the havoc

The investigations of genomes revealed 178 loci-specific parts of the genome which are responsible for the likelihood of depression in an individual. Surprisingly, on comparing the data of this GWAS with the data from other biobanks, researchers verified the strength of their analysis and confirmed that their findings include 77 loci which are previously not reported.

Single Nucleotide Polymorphisms (SNPs) refer to the variations occurring among humans due to single base pair differences in the genetic material. This GWAS also recognized 233 single-nucleotide polymorphisms at the above-mentioned 178 spots known to affect a person's depression risk.

The study further unraveled the possibilities of developing concurrent psychiatric conditions along with depression as it shares genetic risk factors with anxiety disorders and PTSD, as well as with risky behavior and cannabis use disorder.

As the researchers explain, "This study sheds light into the genetic architecture of depression and provides new insight into the interrelatedness of complex psychiatric traits."

Depression Linked to Decrease in Physical Activity During Pandemic
Depression rates saw a steep incline by 90% from March 2020 to June 2020. Large declines in ......