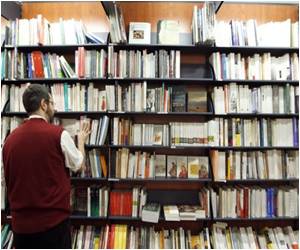 Literature At Its Naked Best: Brains And Beauty at NY Show

Sit back and enjoy readings of Shakespeare, Oscar Wilde or Henrik Ibsen, sip a glass of wine -- oh, and gaze upon the readers themselves: they're naked.
Advertisement


Accepting the prize which was announced in March, Allende said: "I hope that some of Andersen's magic will rub off on me."

The author of some 19 works in Spanish that have been translated into 35 languages and sold 57 million copies, Allende is the third writer to have been awarded the prize.

In the two years since extensive ghostwriting by pharmaceutical giant Wyeth to promote its hormone drug Prempro was exposed, it remains a prevalent problem
Advertisement
Allende follows in the path of Brazil's Paulo Coelho, author of the "Alchemist" who received the award in 2007, and Britain's J.K. Rowling, the creator of the "Harry Potter" series, who scooped the honour in 2010.

Aged 70, the author of the "House of the Spirits", "Of Love and Shadows", and "Zorro" is the daughter of a diplomat who is the first cousin of Chilean president Salvador Allende, who was toppled and committed suicide in a 1973 military coup.

Allende, who is also a journalist and professor of Latin American literature, has received around 50 prizes in more than 16 countries and defends the cause of women in the world through her foundation.

The deadline is May 1 to buy a house and get a new car for free! An estate agency is eager to draw buyers to Denmark's slumping housing market with the strange liberal offer.
Advertisement
News A-Z
A B C D E F G H I J K L M N O P Q R S T U V W X Y Z
What's New on Medindia