Dengue Cases Rise to 3490 in Odisha 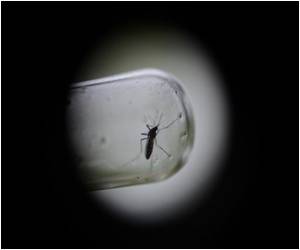 In Odisha, dengue cases have risen to 3490 since June after 77 more people tested positive yesterday for the mosquito borne virus, says official.

Among the latest cases, the districts of Jajpur and Khordha reported a highest of 16 cases each, followed by Angul and Cuttack which reported 14 and 12 cases respectively, an official of the state health control room told IANS.

It shows no signs of abetting with government hospitals in many parts of the state receiving scores of patients every day.


As many as 153 and 32 patients are undergoing treatment at Sriram Chandra Bhanja Medical College and Hospital at Cuttack, about 25 km from here, and Capital Hospital at Bhubaneswar, respectively. Many of them were hospitalized this week.
Advertisement
The mosquito-borne disease which has spread to 26 of the state's 30 districts has so far left five people dead. All the deaths occurred last month.

Three deaths were reported from the industrial district of Angul, coastal Kendrapada and Bhadrak district reported one death each, he said.