Demystifying the causes for premature childbirth has become essential in recent times especially with the sudden surge in the number of such births. One of the major causes that researchers at the Stanford University School of Medicine have hit upon is the existence of previously unknown and unidentified infections of the amniotic fluid.

An analysis of amniotic fluid from women in pre-term labor indicated that 15 percent of the fluid samples harbored bacteria or fungi - an increase of 50 percent over previous estimates.

The heavier the burden of infection, the more likely the women were to deliver younger, sicker infants.


"If we could prevent these infections in the first place, or detect them sooner, we might one day be able to prevent some of these premature births," said research associate Dan DiGiulio, MD, who conducted the study in the laboratory of senior author David Relman, MD.

Previous analyses of the same samples using a different, more conventional method had concluded that only about 10 percent were infected.

More and more children are being born prematurely in the United States, with 12 percent of births coming before the 37th week of gestation. Premature babies are vulnerable to breathing problems, underdeveloped organs, infections and cerebral palsy.

DiGiulio's team looked for the DNA of germs in amniotic fluid samples collected from 166 women in pre-term labor at the Detroit Medical Center between October 1998 and December 2002.

They used this method and standard laboratory cultures to determine that 25 of the 166 samples were infected with either bacteria or fungi. They also found at least one unknown organism that could be a new species.

The researchers found that all women with infected amniotic fluid went on to deliver their babies pre-term, while women with no infections were able to stop their labor.

Now the team is working to see if infections can be detected before pre-term labor starts, which could lead to new prevention or treatment approaches.

The study is published in the Aug. 26 issue of PLoS ONE. 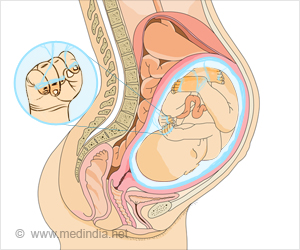 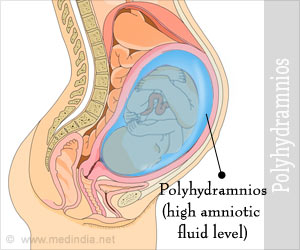 Polyhydramnios
Polyhydramnios is a condition where the fluid in the amniotic sac surrounding the fetus increases than normal level causing discomfort to the patient.
READ MORE