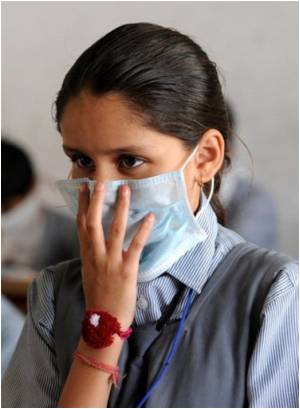 In Delhi, sixty more people have been tested positive for swine flu, taking the number of people infected by the Influenza A (H1N1) virus to 420, say officials.

"Sixty people tested positive for swine flu but there have been no deaths today (Sunday)," a doctor at the Delhi Health Service (DHS) told IANS.

This month the virus infected 262 people, of whom six have died. In January, 39 cases were reported and one succumbed to the virus.


"This year there has been a sudden spurt in swine flu cases compared to last year. Even small government hospitals in Delhi have reported swine flu cases, which was not so the previous year," the doctor said.

According to the Delhi government, 17 hospitals and five private hospitals are treating swine flu patients.

In 2012, only 78 swine flu cases and one death were reported in the capital.

Indian Swine Flu Outbreak Puts Bangladesh on Alert
With India dealing with a fresh outbreak of swine flu which has so far claimed 95 lives in the ......

Kashmir Sounds Swine Flu Alert
Kashmir Valley was put on high alert after doctors found H1N1 virus in some parts of the local ......