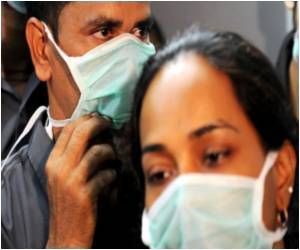 The Delhi government said that hospitals in the capital are prepared to deal with the H1N1 virus.

Walia said there was enough supply of 'Tamiflu', the medicine for swine flu. He added that six cases had been reported in the city so far.


"In 2012, three cases were registered in January, two in February and one in March. The government is keeping a close watch on the situation," he said.

Influenza (or rather, the flu) is a cold weather infectious condition that affects the young and old alike. Though most reported cases are mild, the flu can sometimes cause severe and life-threatening complications in both children and adults, thanks to wrong medications and improper vaccinations. Learn more about the disease from our Flu Quiz and guard yourself and your family from a poss
Advertisement
Swin flu killed 81 people in Delhi in 2009 and 56 in 2010. In 2011, only two deaths were reported from Delhi.

Swine flu cases have been reported from at least 10 states this year. It has claimed 15 lives in Tamil Nadu, Himachal Pradesh and Maharashtra.

Across the country, the disease claimed more than 2,700 lives from May to December last year.

The peak season for swine flu infections starts in May as monsoon approaches. More than 46,000 people were affected by the virus from May to December 2011, according to health ministry figures.