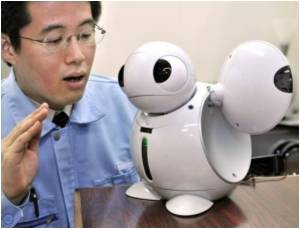 A statement from the Sir Ganga Ram Hospital said that doctors have used a robot to remove a cancer tumour in the lower abdomen of a patient.

A team of doctors led by Saumitra Rawat and K.R. Vasu successfully performed the difficult robotic surgery using a device called the "da Vinci Robot" to remove a rectal cancer three days ago.

The da Vinci robotic system has existed in the market since the year 2000, and is a four-armed robot that surgeons operate with hand controls at a computer system several feet from the patient. They see inside the patient's body through two tiny video cameras attached to one of the long robot arms, the statement said.


The patient recovered well, and on the third day after surgery, was feeling very comfortable, having normal food and comfortably moving around, a release from the hospital said.
Advertisement
The tumour was placed very low in the rectum due to which open surgery would have given the patient a permanent bag to carry life-long, outside the body.

"The unique position of the tumour led us to think of using a robot in this procedure. We were of the view that because of better vision and the smaller instruments with a lot of dexterity in a robot, it would allow us to perform the surgery in the space where laproscopic instruments will not reach precisely," K.R. Vasu, consultant, surgical gastroenterology and liver transplant, Sir Ganga Ram Hospital, said.

Robotic Plant That can Grow Roots Coming Soon
Researchers have developed a robot that has the ability to grow roots, just like a plant does....

Dragonflies may Help to Improve Vision System in Robots
At the University of Adelaide, researchers have discovered a novel and complex visual circuit in a ....

Needle-Sized Robot Offers Hope to Brain Hemorrhage Sufferers
Scientists have developed a new robot which could help in surgery to relieve the damaging pressure ....

Researchers: How Dragonflies See may Help Improve Vision Systems for Robots
The novel and complex visual circuit in a dragonfly's brain may help improve robots' vision ......